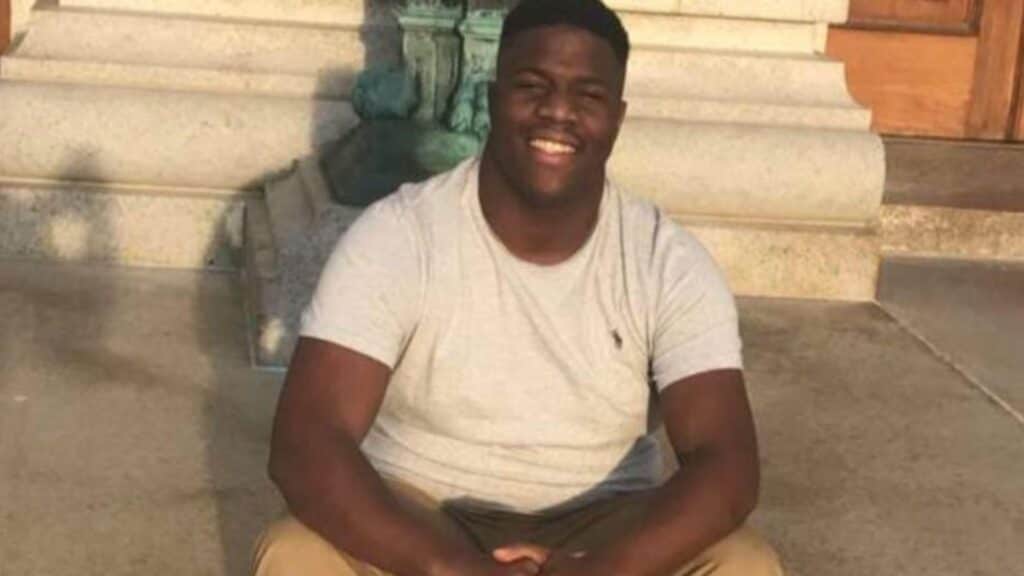 The young man, Keonte Furdge, was arrested and held at gunpoint in his home by two officers

On June 2, a young Black man was arrested in his home with guns pointed at him, but police are now calling the incident a mistake.

As reported by Milwaukee Journal Sentinel, Keonte Furdge was arrested in his home after a neighbor called the police because he was sitting on the patio. Two police officers entered the house with their guns drawn and handcuffed Furdge, 23.

The home belonged to Furdge’s coach who was allowing him and another team mate to stay in the house after his mother who previously lived in the home had passed away. When officers Jared Wedig and Luke Wunsch discovered they made a mistake they apologized saying “sorry to ruffle your feathers this morning.” They added the neighbor was probably alarmed and called the police because the boys are “two big Black guys.”

But the lawsuit against the Monona police department and the two officers says sorry just doesn’t cut it. The lawsuit was filed in Madison federal court last week.

“This lawsuit seeks to establish that this was more than a misunderstanding…It seeks to vindicate the violation of Keonte Furdge’s constitutional rights,” the filing states.

It adds, “it seeks to effect change through punitive damages by punishing the Defendants for their egregious conduct with the hope that the punishment is significant enough to prevent this from happening again in the future, so that a person can move into a formerly vacant house in the City of Monona and sit on his front porch without having to fear that the police will break in and shoot him.”

The officers in this incident were wearing body cameras and officer Wunsch can be overheard.

“I am glad it was you and I recognized you versus somebody who I didn’t know, but, ah, that is still not, nobody wants that interaction,” Wunsch says.

This incident comes on the heels of the shooting of Jacob Blake. As reported by theGrio, Blake was a Black man who was shot in the back in front of his children by police officers in Kenosha, Wisconsin.

The suit mentions that a neighbor called the police because they saw “a suspicious African American next door.”

Have you subscribed to theGrio’s podcast “Dear Culture”? Download our newest episodes now!