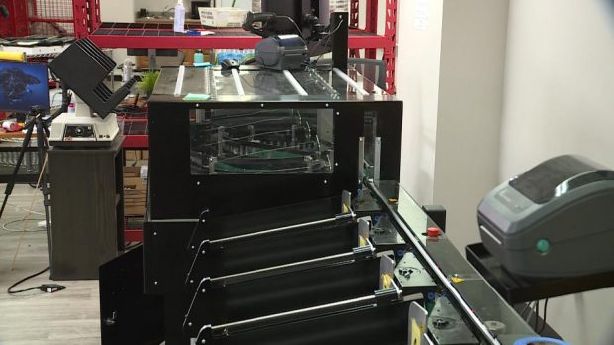 PROVO — Election officials in Utah County said they have made improvements to prevent issues that have plagued the county in the past.

For next month’s general election, the county’s new clerk/auditor promises things will be better.

“When you look at what I’ve been able to accomplish in a short amount of time, it’s because I was able to secure the resources for the equipment and literally the best team in the state,” said Utah County Clerk/Auditor Amelia Powers Gardner.

Since Powers Gardner took office in 2019, she’s hired new staff and purchased new ballot-counting machines. She said they now have the largest scanners in the state, which can process 600 ballots per minute.

“I’ve worked tirelessly to make sure that my staff has the resources they need to serve those people,” she said.

Powers Gardner is expecting a lot of people to show up at polling locations on November 3 because this will be Utah County’s first presidential election with vote-by-mail and she worries that some may not be used to it.

“We have over-prepared for the people we expect at the polls,” she said. “We know that we’re going to have a lot. We’re prepared to serve three times the number people at the polls that voted in 2018.”

For those voting in person, she’s also implementing a new system to let voters check-in using their phones.

“Then you can go wait in the comfort of your own car, listen to your own music, and when it’s your turn to vote we’re going to send you a text message and you’ll go into the building only in groups of about 10 people,” Powers Gardner explained.

She said the program will keep voters and poll workers safer while preventing lines that would take up more space because of social distancing.

Electronic voting machines will mostly be used for those with disabilities, Powers Gardner said. For others who want to vote in person, a new ballot will be printed for them, or they can bring their mail-in ballot with them and drop it off in the polling location’s collection box.

There are 20 drop boxes scattered throughout the county.

“Drop boxes are a great solution, not only for those who may be a little nervous to send it through the mail but really for everybody,” Powers Garner said. “Drop boxes give us a direct conduit. The only people with keys to those and who check those boxes are our election judges.”

Putting ballots in the drop boxes also saves the county money by not having to pay for return postage.

Powers Gardner said voter registration in Utah County is increasing daily. Her office has already processed more than 143,000 registrations so far this year.