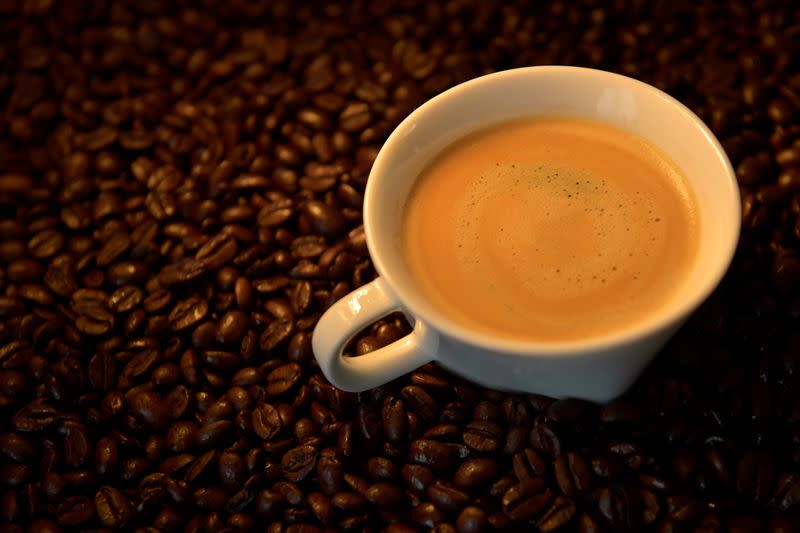 U.S. coffee drinkers consume as much at home during pandemic, poll shows

NEW YORK (Reuters) – Americans are drinking just as much coffee during the pandemic, as often as before, but at home instead of in coffee shops and restaurants, a poll released on Wednesday showed.

Online purchases have jumped by 57% as coffee buyers cut back on trips to the supermarket, according to the survey commissioned by the National Coffee Association (NCA).

Consumer habits for the period in Aug. 26 to Sept. 3 were similar to those in a January poll, with six in 10 people drinking coffee everyday, at an average of 2.9 cups per day.

The pandemic’s impact on demand for commodities such as coffee, sugar or wheat has been difficult to gauge. But the association cited signs that greater home consumption has offset falling sales at businesses, without providing volume data.

Around half of the survey respondents said they stopped having coffee in restaurants, while 22% have not drunk it in the workplace.

Coffee sales at grocery stores spiked in the first weeks of the pandemic lockdown, which started in mid-March, but by September Americans had reduced buying in supermarkets by 15%, the poll found.

Online sales rose 57% as many roasters started to sell ‘coffee subscriptions’ to consumers willing to cut trips to grocery stores.