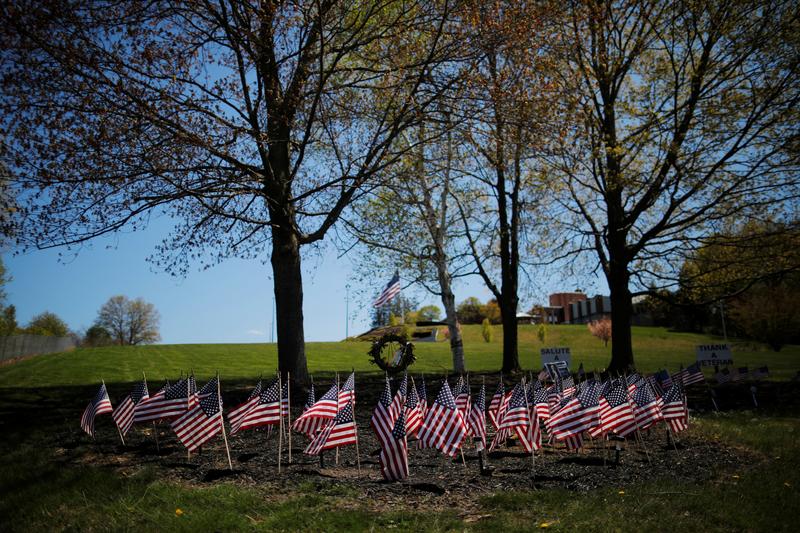 BOSTON (Reuters) – Two former heads of a Massachusetts veterans home have been indicted on criminal neglect charges for their roles in handling a COVID-19 outbreak that killed 76 people, the state’s attorney general said on Friday.

Massachusetts Attorney Maura Healey said the criminal case against the former officials at Holyoke Soldiers’ Home was believed to be the first yet linked to an outbreak at a U.S. nursing facility during the pandemic.

In a tribute to the victims, Healey said: “They risked their lives from the beaches of Normandy to some, the jungles of Vietnam … And to know that they died under the most horrific of circumstances is truly shocking.”

In the United States and worldwide, nursing homes, filled with elderly residents who are particularly vulnerable to coronavirus, have suffered a harrowing toll in the pandemic.

Authorities began investigating the Soldiers’ Home, a 247-bed, state-run facility in Holyoke that provides healthcare, hospice care, nursing and other services to veterans, after learning of “serious issues” with infection control procedures.

The U.S. Justice Department has also launched a related investigation into conditions at the facility.

The indictment in Hampden County Superior Court charges Walsh and Clinton with five counts of “wantonly or recklessly” committing or permitting bodily injury, and five counts for abuse, neglect or mistreatment of an elderly or disabled person.

“It is unfortunate that the Attorney General is blaming the effects of a deadly virus that our state and federal governments have not been able to stop on Bennett Walsh,” she said.

Clinton’s attorneys did not respond to requests for comment.