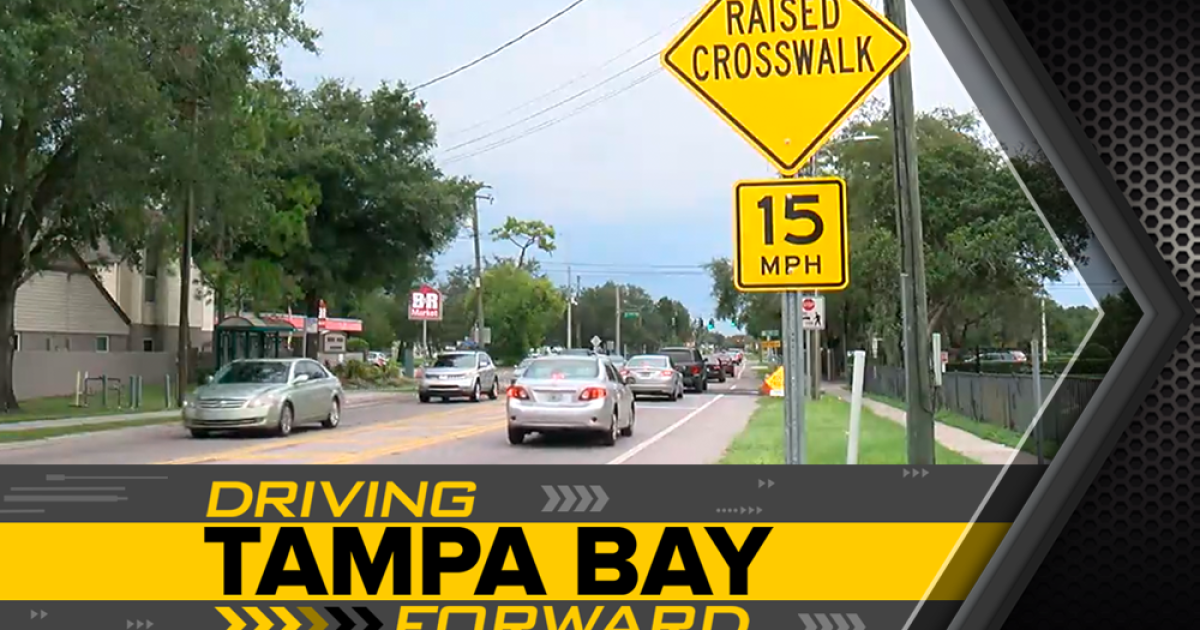 The county says it’s high on their list of unsafe streets. There were 111 crashes between January 2015 and the end of March 2020, and three pedestrian deaths in the last three years.

“It’s troublesome because I’m vision-impaired and there’s a lot of traffic here so I really have to watch what I’m doing and how I’m doing it because they’ll run you over and don’t even care,” said Sean Wright.

Wright says he lives in the area and walks frequently.

“It’s not safe because we’ve got a bunch of kids. As you can see right across the street, we have a daycare center, over here we have a lot of housing and people just fly through here all the time,” he said.

The two-lane road carries about 15,000 cars a day, in addition to a lot of pedestrians. The corridor is lined with a church, daycare, convenience store, apartment complexes, bus stops and school bus stops.

According to the county, HART reports it’s also the bus line’s No. 1 wheelchair pickup corridor.

“What’s going on is we thought we had to take immediate action to improve the safety of this road, including speeders, and others in this area to do that,” said Bob Campbell, the transportation engineering manager for Hillsborough County.

While the corridor is on the master plan for a complete streets project, which includes new sidewalks and improving the entire corridor, crews are working to make temporary fixes in the meantime.

The county says they’re adding nine marked crosswalks near bus stops with push buttons, rapid-flashing beacons and warning signs, seven of which will be raised. The idea is to slow drivers down, create more awareness and raise the visibility of pedestrians.

“That’s one of our primary concerns: Safety of the people of Hillsborough County, all road users and we have a lot of kids on this particular road and a lot of people who are transit-dependent. And we need to give it attention,” Campbell said. “Our objective is to decrease our accident rate in this county.”

The county says they’re also adding new asphalt at some bus stops, resurfaced some areas to replaced damaged roadway and areas that pooled water, are tapering in some lanes and eventually will fill in sidewalk gaps later this fall. It said TECO also installed upgraded LED lighting.

Campbell said they also want to have a conversation about relocating some of the school bus stops closer to the crosswalks.

Two are already in place, and the rest will be finished over the next couple of weeks.

The plan calls for them before and after 122nd Avenue.

Near that intersection is a memorial for 14-year old Asucena “Susie” Gomez Hernandez.

In January, investigators said the teen crossed 15th Street near 122nd Avenue into the path of an SUV. The driver left the scene and was later arrested.

“If there would have been a very visible, freshly-painted coat of lines in the streets, in those crosswalks there, visible for teenagers, or anybody else, that gives a proper direction as to where they need to be going. But in this particular case, that was absent of that,” said Gil Sanchez, an attorney representing the estate of Gomez. “It’s about time that they get to that, but obviously too little too late unfortunately for Susie and her family but the faster they can do it the better because it will save lives.”

Sanchez said they hope the county maintains the roadway.

“The mother is very happy. She’s happy that future families will not have to go through what she went through. So on that end, she’s very happy,” Sanchez said. “It does make her upset that this action was not taken beforehand because that would have saved her daughter’s life.”

Following the crash, Sanchez said they planned to look into suing the county and the driver, and Thursday said they still intend to.

The changes, however, are ones Wright welcomed as he learned about them while walking along 15th Street.

“That would be just awesome especially for me just to see across the street and I know for the kids,” he said.