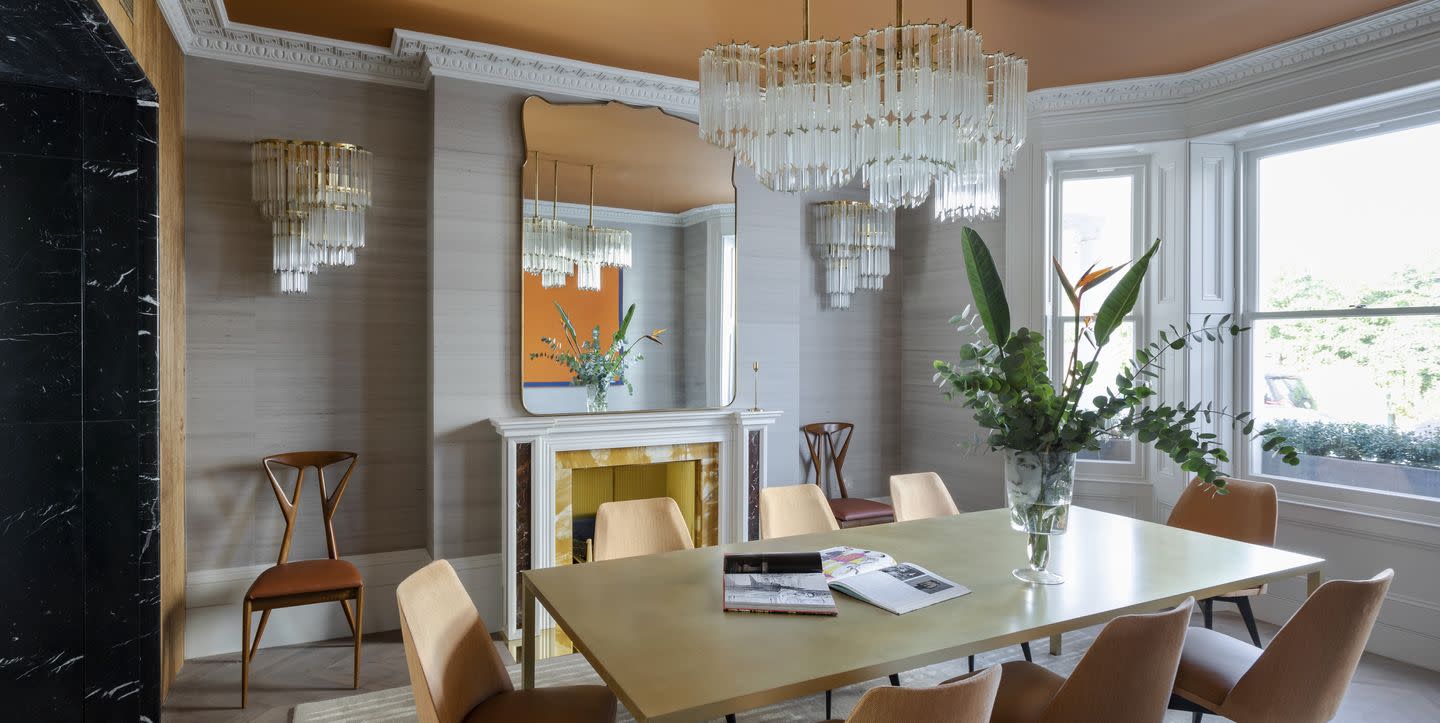 Step inside London’s Disco House, a luxurious home with British bones and an Italian soul

Daunting though it may be, a blank canvas offers endless opportunities.

But how do you find focus? This was the challenge facing Danny Pine, founder of interior design and property investment company Pinzauer, and architect William Smalley when they took on their fifth project together – a large, empty shell of a building in Notting Hill.

They needed a muse. So, they invented one: a Jil Sander-clad fictional chatelaine who is a blend of Italian socialite and style icon Marella Agnelli and Tilda Swinton’s character from the film I Am Love. The duo imagined their own leading lady padding silently around the rooms of the Disco House, as the property was affectionately nicknamed.

With nothing but bare boards, stud walls and a staircase running like a spine through the building, William and Danny were free to arrange the internal layout as they liked, approaching it as an enormous, three-dimensional jigsaw puzzle.

‘We opened up views front and back, so on every level you can see all the way through,’ explains William. ‘Most of the spaces are pretty honest to their original form. There were no original features, such as fireplaces, to keep; if anything, we’ve added a sort of glamorous 1950s Italian modernism to the place. The property aspires to a refinement of living that would have certain requirements of its occupants, but we decided our invented owners wouldn’t consider it a sacrifice. Beauty comes first!’

Throughout every room, elegant vintage pieces – Melchiorre Bega chairs, a glittering 1970s cinema light – sing against a softly muted palette and layers of marble, leather, onyx and wood. ‘I retreat from colour because I find it quite insistent,’ says William. ‘Here, the colour comes as much from the materials as from a paint tin.’

In the newly excavated basement, rather than try to make the space as light as the rooms above, the idea was to deliberately enhance the sense of descending into a cavernous hideaway. ‘The image I had in my mind was Cy Twombly’s blackboard paintings,’ adds William. ‘A scratchy underworld – it’s almost like it’s been carved out of stone.’

The biggest challenge, however, was not this subterranean room, but what Danny calls the ‘Winter Garden’ – a south-facing brass, glass and marble cube. ‘It’s a miniature version of the glass house in Villa Necchi Campiglio,’ he explains, referencing the grand Milan setting for much of I Am Love.

‘If it’s hot, you can open the sides, and for when it’s cold, there’s underfloor heating. Sometimes, you get this unexpected golden light catching on the brass detail on the side window.’

Unapologetically luxurious and more than a little sexy, this property has attracted real owners now, but Danny and William’s imaginary muse lingers on – an impossibly glamorous spirit for all eternity. pinzauer.com; williamsmalley.com

Keep your spirits up and subscribe to ELLE Decoration here, so our magazine is delivered direct to your door.