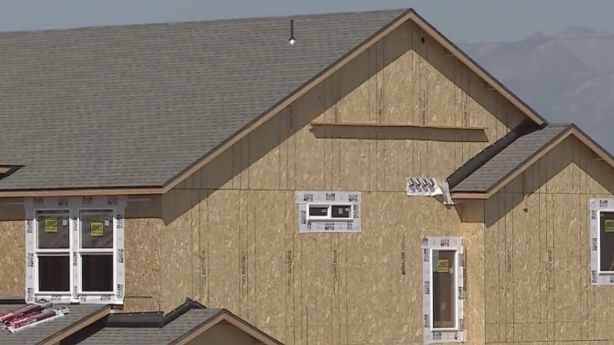 SALT LAKE CITY — Homeowners looking to make repairs after this week’s severe windstorm are in for some sticker shock when they head to the lumber store.

The price of framing lumber, plywood and roof trusses has skyrocketed during the pandemic, driving up the cost of repairs, remodels and new home construction.

“Between three and five times more expensive than they were even six months ago,” Burton said. “And a lot of it’s because people are at home doing home improvement projects.”

“Most of the builders that we deal with are saying that their homes are going up anywhere between $20,000 and $30,000 for just a regular size, single-family home,” he said.

The price of lumber has soared more than 160 percent since April, according to the National Association of Homebuilders. An analysis by the association said the lumber price increase is adding approximately $16,000 to the price of a new home.

Eskic said the jump in lumber prices can be blamed on unexpected demand due to DIY projects and new home construction.

“The price of lumber actually went down in April,” he said. “Nobody expected the demand to be so high, so they just can’t keep up.”

“The decline in existing for-sale inventory has led buyers to shop for new-build construction,” Eskic said in his latest research brief.

The National Association of Homebuilders also blames the surging prices on lumber mills reducing production at the start of the pandemic to obey health protocols, and because they anticipated that demand would drop.

“But housing weathered the storm much better than was predicted, and demand for lumber has accelerated,” the association said.

“There are a few things that really drive prices and they’ve been hitting on all cylinders this year,” Burton said.

Burton said that those looking to complete home improvement projects might benefit from waiting for lumber prices to calm down.

“If it’s something that they could put off until spring, I think that there’s a good chance that prices are going to be significantly less in the springtime than they are now,” Burton said.