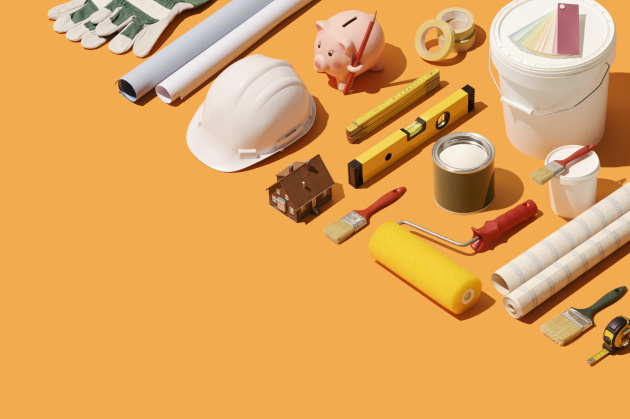 Remodeling activity rebounds, but for how long?

Even though a large portion of homeowners are undertaking do-it-yourself home repair and improvement projects, demand for professional remodeling services rebounded in the second quarter. Business conditions appeared to be improving further in the first half of the third quarter as well.

Come the fourth quarter, however, business may very well begin to taper off, initiating a downward trend that will stretch into the middle of next year and possibly longer.

Like most home professionals, remodelers saw a sudden and severe drop in demand for their services toward the end of the first quarter as the coronavirus pandemic spread across the United States. But demand renewed once restrictions began to relax in late May.

Analysis of user data by Houzz revealed a near-60% increase in U.S. project leads for home professionals on its platform in the month June compared to June of the previous year. Most of these were for outdoor projects, but kitchen and bath professionals experienced a 40% increase in demand as well, the study found.

Those findings concur with that of the Q2 2020 Residential Remodeling Index (RRI), recently released by MetroStudy/Zonda. It shows big-ticket remodeling spending was up 1.7% from the previous quarter and up 7.5% from June 2019. The RRI rose by 8.4 points over the first quarter to a new high of 128.8, indicating spending was 28.8% higher than the previous peak of 2007.

Similar numbers were reported by other industry organizations. The National Association of Home Builders (NAHB) announced that its Remodeling Market Index (RMI) for the second quarter posted a reading of 73 after plummeting to 24 in the previous quarter. All the components of the index, both current and future conditions, were at 70 or higher, well into positive territory.

The National Kitchen and Bath Association (NKBA) stated its Kitchen & Bath Market Index (KBMI) second quarter reading edged up 4.2 points, to 44.2. Members gave a higher rating for the current health of the industry during the second quarter (5.9 vs. a first quarter rating of 4.1). But the most dramatic change in an indicator was in the future prospects metric, which leaped from 19.8 in the first quarter to 61.9 for the second, reflecting a high level of project inquiries.

Further indication of improving conditions can been seen in the results of the NKBA Pulse survey for August, in which members reported that the impact of the coronavirus pandemic on their business had alleviated somewhat since June and July. The overall impact rating for all member sectors declined from 6.4 to 6.0. The impact rating for designers fell from 6.8 to 6.0, with nearly half of designers saying that demand for their services had been rising during the month of July.

Despite the welcome reversal, long-range forecasts for the industry indicate that it likely will be temporary. The most recent Leading Indicator of Remodeling Activity (LIRA), released in July by the Remodeling Futures Program at the Joint Center for Housing Studies of Harvard University (JCHS), projects annual declines in renovation and repair spending of 0.4% by the second quarter of 2021.

The Q2 2020 RRI foresees quarterly decreases starting in the fourth quarter of this year and continuing into next year, with year-over-year decreases beginning in the second quarter of 2021. MetroStudy/Zonda presently are projecting 6.3% year-over-year increased growth for 2020 but a decline of 1.2% in 2021.

Among the factors likely to drag on demand for remodeling services in the near future are the shortage of existing homes for sale, sustained high unemployment, and weak economic growth.

For now, homeowners with means are rushing to complete home improvement projects while they can. Once that wave has passed, demand won’t stop altogether but likely will subside.