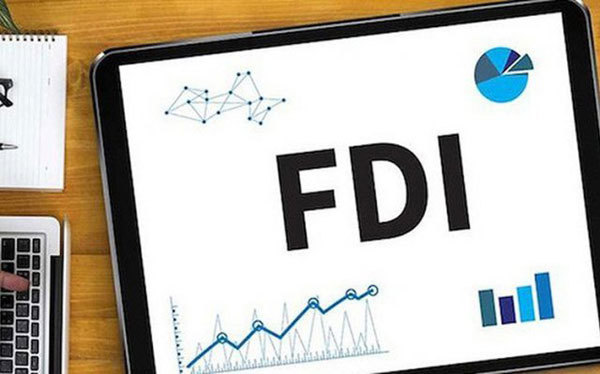 As a promising land for foreign direct investment, Vietnam could grow into the most advanced country in the region – as long as more flexible mechanisms in granting special incentives to large-scale projects are realised.

This was expressed by various experts and leaders of numerous investors from Asia, Europe, and the United States at an online forum last week themed “The rising star: capitalising on investment opportunities in Vietnam after COVID-19”, organised by the Ministry of Planning and Investment (MPI) in collaboration with Standard Chartered and the State Bank of Vietnam.

As the global economy is grappling with the coronavirus, Vietnam is still maintaining socioeconomic growth with an expected growth rate of about 2 per cent this year, leading to the use of the “rising star” tag. This works in tandem with the oft-repeated advantages Vietnam boasts for overseas investors with the size of its population, network of free trade agreements, young labour force, and competitive production costs.

Developers believe there is more potential, especially in the south of the country. However, this potential can only be reached if industrial clusters and provinces can be connected in a stronger fashion in order to quicken the pace of economic development. That in turn would speed up development of the likes of Binh Duong, Dong Nai, Long An, and even Ho Chi Minh City.

Leading industrial developers have also noted that while Vietnam has utilised its resources well thus far, large-scale development of infrastructure that will entice vast amounts of foreign direct investment (FDI) as seen in other countries is not yet within reach. If and when this happens, Vietnam could become one of the most advanced ASEAN economies.

Do Nhat Hoang, director of the MPI’s Foreign Investment Agency (FIA), revealed that a number of global tech giants are exploring investment opportunities in Vietnam for their billion-dollar projects.

“The government’s taskforce in charge of attracting high-quality foreign investment has been working with these giants, and results are proving positive,” Hoang said. The names of these groups cannot yet be disclosed as the sides are still exploring options. According to a report on the current situation of industrial production compiled by the Ministry of Industry and Trade, several popular brands such as LG, Panasonic, and Foxconn, one of the key suppliers of components for Apple, have initiated plans to shift their production chains to the country.

Apple, for instance, recruited personnel in both Hanoi and Ho Chi Minh City earlier this year, signifying that the corporation has serious designs in Vietnam.

However, experts noted that for Vietnam to lure in high-quality investment from global giants, it would need “flexible mechanisms” which will more effectively facilitate investment.

According to MPI Minister Nguyen Chi Dung, concerted action from all ministries and agencies is more important than ever to attract such investments.

Speaking at a seminar on attracting FDI and the breakthrough actions and solutions required, organised by the Government Portal over a week ago, Hoang of the FIA said that the MPI has cooperated with ministries and relevant agencies to study priority policies offered by Thailand, Indonesia, and India to lure high-profile investors, simultaneously designing particular incentive packages for each project.

“The MPI is collecting opinions from ministries for the special incentive package draft before submitting to the prime minister for approval,” Hoang said. “These priority policies will be offered for large-scale projects that apply high-quality technology, have high added value, offer a high localisation ratio, and create opportunities for local vendors to join regional and global value chains.”

“Amid harsh competition among countries in wooing foreign investment, especially the wave of capital shifts, it is necessary for Vietnam to offer “trump cards” that are more special and differ from existing regulations, in negotiating with groups,” Hoang noted.

Responding to how special these options could be, Nguyen Van Toan, vice chairman of the Vietnam Association of Foreign-Invested Enterprises (VAFIE), told VIR that Vietnam should allow targeted investors to shorten the time needed for investment and construction licensing, handling land, and approving the environmental impact assessment report.

He added that for European investors, transparency and speed in administrative procedures as well as offering available space for project implementation are sometimes more appreciated than tax incentives and other supporting policies.

Nearly two years ago, consultancy group IPA Vietnam supported a group of German small- and medium-sized enterprises (SMEs) to survey and find a land fund of 70-100 hectares to build a production area for German enterprises. However, provinces said that it would take up to two years to arrange such a fund. The news discouraged the investors and they have not returned to Vietnam since.

“Although it is just one example of rejection, it shows the importance of commitments to hand over clean land to investors in a short time,” said Nguyen Dinh Nam, CEO and founder of IPA Vietnam. “These SMEs couldn’t wait two years to have ground developed for their projects, so it is understandable if eagles cross out Vietnam from their destination lists and if the country fails to meet requirements.”

Toan of VAFIE said that it is necessary to flexibly apply Circular No.23/2015/TT-BKHCN from 2015 on the import of used machinery, equipment, and technological lines so that investors can reduce expenditures for investing in manufacturing lines, and save time to resume operations in new locations.

In the 30-year journey of luring in more FDI, Vietnam has applied various special policies in order to do so. The government providing good financial assistance to Intel was one notable example. As a result, 14 years ago, Intel decided to invest in Vietnam thanks in part from this support, instead of India. After Intel’s investment, a wave of large foreign tech corporations including Samsung, LG, Kyocera, Microsoft, and Bosch followed.

“Taking specific incentive packages became a default regulation in policy to lure eagles in a way that the taskforce and MPI have been doing. It will contribute to shortening time to negotiate with large-scale groups and helping investors feel secure thanks to stability in policies,” Toan said.

MPI Minister Dung added that Vietnam will “continue to be proactive in connecting and negotiating with large-scale groups that own modern technology as well as the leaders and operators of supply and distribution chains to implement investment promotion programmes.”

Vietnam needed to improve its infrastructure in order to attract more FDI, a webinar heard on Monday.

It has been a truly special decade in terms of the economy for Vietnam, which this week celebrates 75 years since declaring independence.