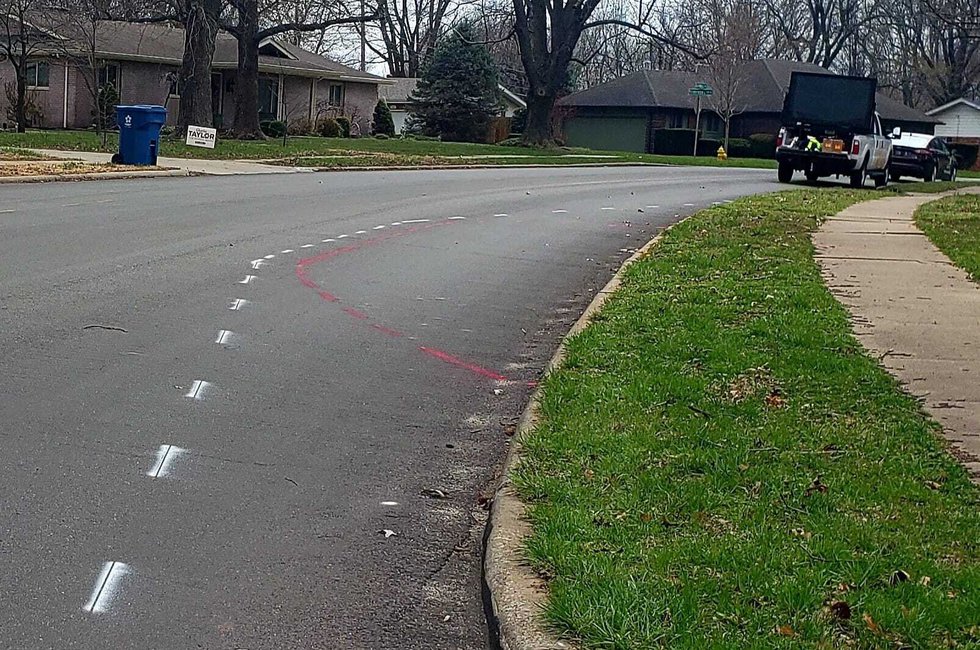 SPRINGFIELD, Mo. (KY3) – Speeding has been a problem in the Parkcrest Neighborhood recently. Now, the city of Springfield has a plan to introduce temporary traffic calming methods.

The city plans on reconstructing the roadways. Crews will install rubber curbs to create a curvature roadway, forcing drivers to slow down.

“We’ve recorded speeds up to 70 miles per hour, even though there’s a school right down the block,” said Mandy Buettgen-Quinn, traffic safety specialist. “Right now, we have some preliminary markings for where there would be rubber curbs mounted to create a swerving roadway that causes drivers to slow down.”

Here is a closer look at some of the city’s remodeling plans:

The Parkcrest Neighborhood is also known for cut-through traffic. The city says this is another contributing factor to the speeding problem.

“Drivers don’t want to hit through Republic Road, so they want to head through back roads here over by the school or will take this way if they are going to Kickapoo,” said Kyler Sumpter, Parkcrest resident. “There are a lot of people that speed through [the neighborhood]. The city actually added a lot of extra speed signs, but they don’t seem to slow people down.”

The neighborhood contains a school zone, which causes concern for some Parkcrest residents.

”It’s a good idea that the city is doing this. There are lots of little kids, and they need all the help they can get, “ said Ray Irwin, Parkcrest resident.

“We hope to get speeds down to about 30 miles an hour, and that is the goal,” said Buettgen-Quinn. “These are designed for vehicles to safely get through at 25 to 30 miles an hour.”

The city says speed limits of anything 35 mph or more will be uncomfortable for drivers.

On Tuesday, April 12, the city of Springfield plans on holding a meeting with Parkcrest neighbors to visits and test drive. That will help the city receive feedback on the rough draft design.

To report a correction or typo, please email [email protected]