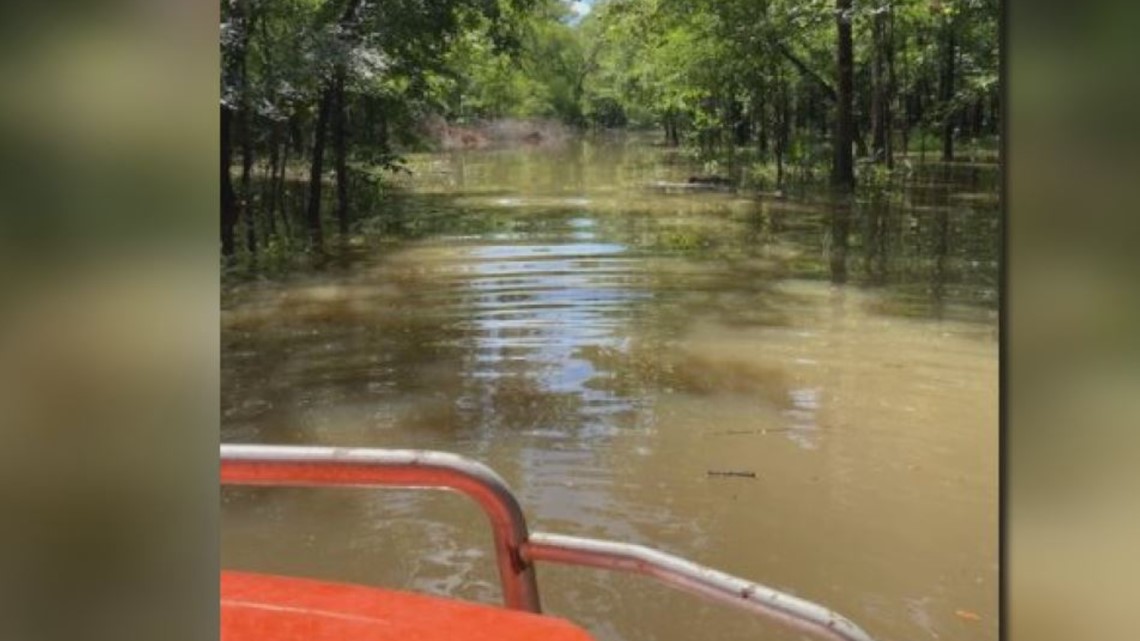 In parts of the county, it doesn’t even take a named storm to leave neighborhoods in high water

ORANGE COUNTY, Texas — It’s been nearly a month since Hurricane Laura hit, and people in Orange County are still picking up.

They’re also preparing for Tropical Storm Beta. Residents are no strangers to flooding.

In one Orange County community, they’ve been asking for something to be done about the drainage system. Tom Clary owns a home in the area and says Adams Bayou is part of the problem.

It doesn’t even take a named storm to leave neighborhoods in high water in parts of Orange County.

“This is pretty much a common occurrence now,” Clary said.

Just down the road from his house is Adam’s Bayou.

Clary and other residents know there’s not much that can be done about Mother Nature, but would like to see what happens if the bridges along Adams Bayou were torn down.

“You can’t live where it floods,” Clary said.

In past storms and hurricanes, yards have flooded and residents have been pleading with officials to make some drainage changes.

The Orange County Drainage District said there have been a number of projects completed already to help with drainage.

For future projects, there needs to be funding first.

Don Carona, the general manager or the Orange County Drainage District, says he’s optimistic about it.

“There’s a lot of attention on Southeast Texas and Orange County and we really believe that we believe that we’re on the cusp of receiving some significant funding to do some large scale projects that previously would not have been possible,” Carona said.

One of the biggest problems is the Orange County levee system.

“If the levee project is able to move forward beyond the design, and we’re able to do that without spending local tax dollars on that, that project will have tremendous drainage improvement to it,” Carona said.

As Beta approaches, neighbors are left to hope the existing drainage will be enough to keep water out of homes.