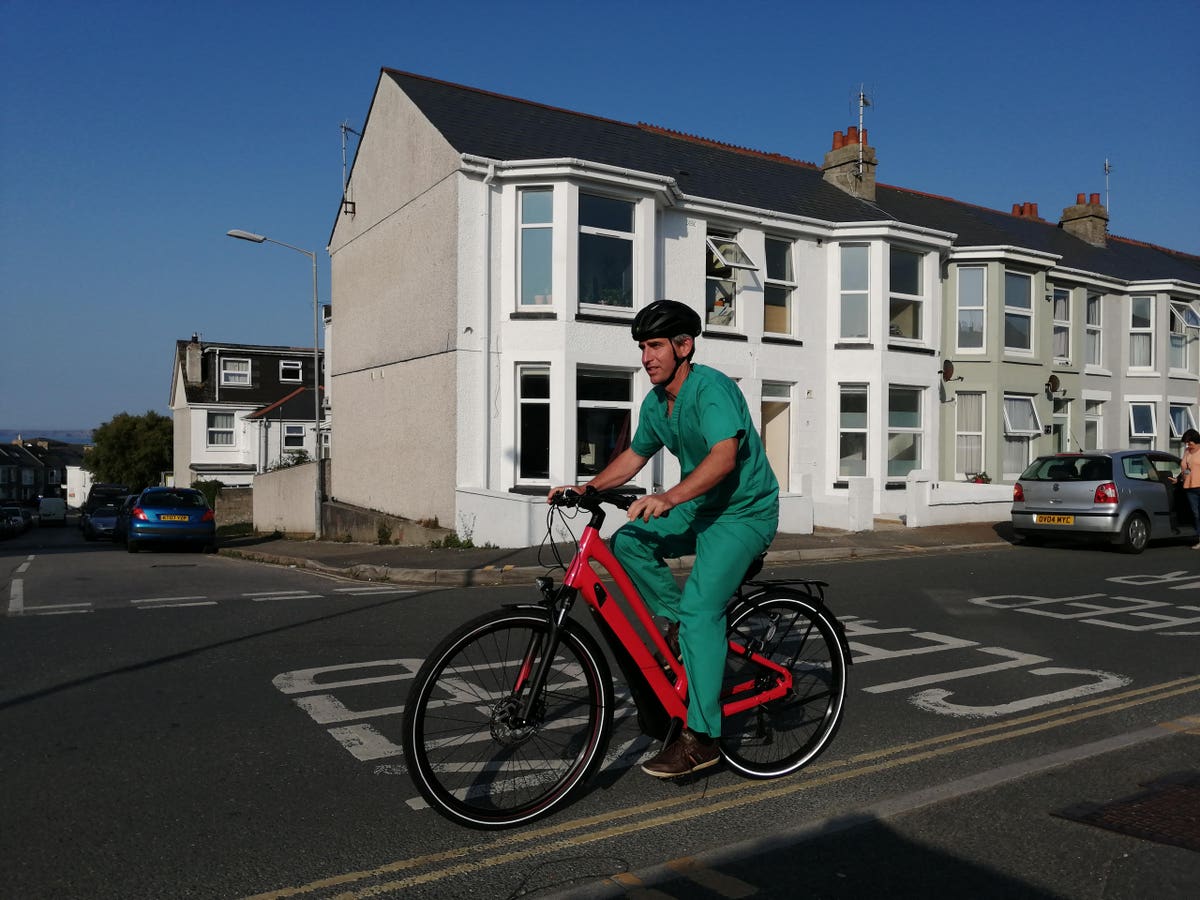 Doctors were among the earliest adopters of the newfangled motorcar. An early-1900s medical man in a motor car (and, yes, most were men) extended his reach, allowing him to arrive at destinations in some comfort, and, compared to traveling by horse-and-cart, enabled many more house calls per day—with each call-out attracting a fat fee.

The creation of the NHS in 1948 did away with such fees, but still, doctors preferred to dot around in their motor cars—for the first half of the Twentieth Century, the person most Britons associated with car ownership was the local doctor.

With mass car ownership, the benefits of motoring have been slowly eroded for all. Swift, door-to-door travel was available to the first motorists but today’s cohort cause, and therefore have to contend with, chronic traffic congestion. Add in draconian parking restrictions—draconian because if parking were allowed everywhere, nowhere would be accessible—and the often advertised dream of an open road is now a bumper-to-bumper nightmare.

For many family doctors—known in the U.K. as general practitioners, or GPs—doing “home visits” by car has become a time-sink.

Last year, GP leaders voted for home visits to be removed from GP contracts in part because driving from surgeries to people’s homes was taking too long.

“Home visits take up the most time of anything we do,” complained Dr. Andrew Parkin from Kent, who proposed the motion at a GP conference, adding “you have the most highly trained and in-demand people in primary care driving around 25 square miles to see two patients an hour.”

But a large GP surgery in the seaside town of Newquay in Cornwall has discovered a way to hasten home visits. The sixteen GPs at the Newquay Health Centre near the town center now dot around—rain or shine—on e-bikes.

“It gets absurdly busy [in Newquay],” Dr. Rutesh Patel told me by telephone, “the roads are jam-packed full of cars usually at a standstill, with traffic that can tailback for as far as the eye can see.”

Dr. Patel, who has been with the practice for eight years, said he and his colleagues “were sick of sitting in cars waiting for the traffic to move on so we can get to our house visits.”

Switching these journeys to e-bikes saves the surgery precious time.

“It now takes 15 minutes to get to a patient that used to take 45 minutes,” said Dr. Patel, who also now often cycles nine miles to work, having previously been a committed car commuter.

“Without the e-bike I wouldn’t have contemplated doing an 18 mile round trip up and down massive hills to get to and from my home.”

The practice has a fleet of e-bikes available for the doctors, including two budget models from Halfords and four spendier machines from Specialized, including the £2,500 Turbo Vado.

“We’re showing that if we can ride into work on e-bikes and ride home after a long busy day, anybody can do it,” said Dr. Patel.

Using e-bikes is also good for PR, showing Newquay residents that the town’s doctors are mobile in all weathers.

“If it’s raining when you ride in, it could also be raining at lunchtime [when home visits start],” said Dr. Patel, “so you adapt; you bring in your waterproof trousers and your raincoat.”

Bad weather, said the doctor, “won’t inhibit us going out on the bikes.”

The initial impetus for getting the bikes came from a desire for the practice to go green.

“We have been working hard to cut our carbon emissions; doing our bit,” said Dr. Patel.

“We’ve looked at the use of our electricity and water, and [we] are now prescribing inhalers [for patients] that have fewer carbon emissions.”

Switching to bikes was part of this greening of the practice, but the time savings have been eye-opening:

“Having bikes available has made me consider whether or not I need to jump in a car to go down to the shops,” said Dr. Patel, pointing out that riding there instead is quicker, more convenient, and better for his health, including mental health.

“It’s been quite an uplift having the bikes,” he stressed.

The practice was only ever in the market for e-bikes:

“From where the practice is, it dips down to the coast, and it’s hilly coming back from the harbor. There are a number of steep hills in and around Newquay, but the e-bikes make short work of them,” said Dr. Patel.

“It’s not daunting to go out on a visit on an e-bike, you don’t get sweaty. And for longer journeys around here, you’d come back fairly breathless if it wasn’t for the e-bike.”

Newquay’s restriction on car parking, even for doctors on urgent health visits, is another good reason for the switch.

“I’ve driven from the practice to a patient’s house,” remembered Dr. Patel, “and spent a good 15 minutes trying to find a parking space, and even that would be a good five minutes walk away from the house.

“On a bike, I don’t have to worry about where am I going to park, I just turn up right outside the door, saving time, and then it’s on to the next home visit.”