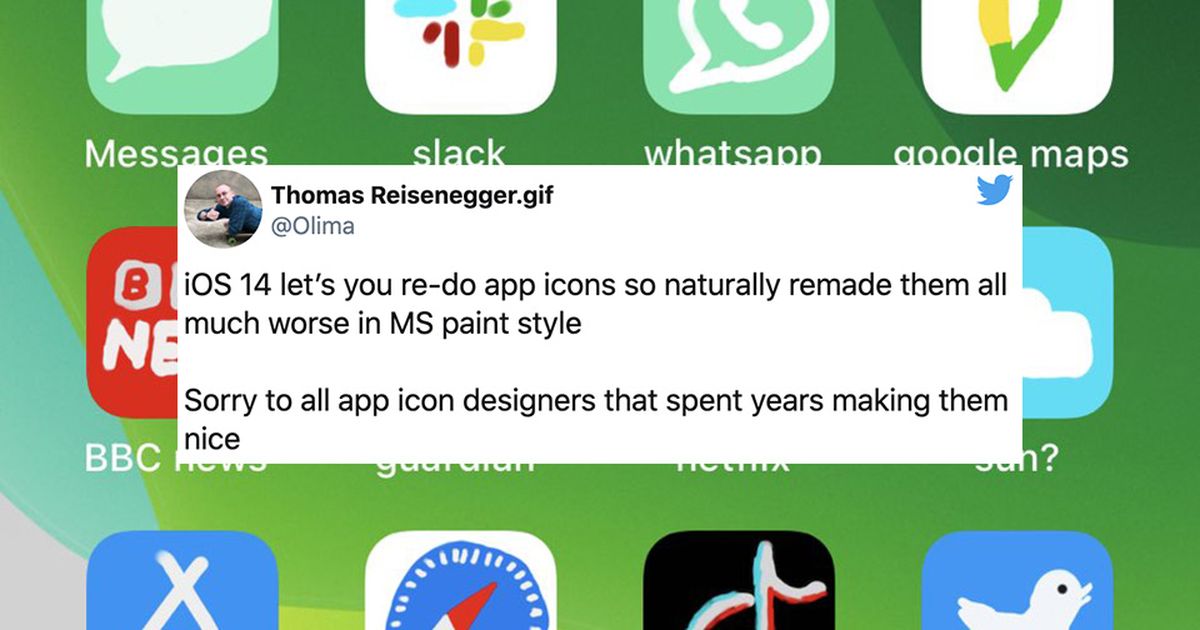 Microsoft Paint truly is the gift that keeps on giving.

Nowadays, with the likes of Adobe Illustrator and Photoshop knocking about, Bill Gates’ crowning design software jewel barely gets a look in — but that doesn’t mean it’s been completely consigned to the digital history books.

On Sunday, 31-year-old indie game marketer Thomas Reisenegger decided to pay homage to it, using Apple’s Shortcuts app to redesign the app icons on his home screen in the style of the software once dominant in computer-based illustration.

As you can see, the results were nothing short of glorious.

Sorry to all app icon designers that spent years making them nice pic.twitter.com/bsa0E5VvSy

We particularly love the little hand-drawn Snapchat ghost and the Twitter bird.

Reisenegger told Mashable the whole process took him around 40-50 minutes, which included some time to figure out how to make custom icons and connect his Apple pencil.

It’s worth noting that the ability to customise app icons isn’t strictly related to iOS 14 — in order to make it work you have to use the aforementioned Shortcuts app, which has actually been around for a while, in order to swap out the icons. But Reisenegger’s inspired design still deserves credit.

“I thought it was quite funny and I’m very glad people seem to appreciate and honour the ancient legacy of MS paint,” he said. “Also, I’m of course very glad to see that it made people smile.”

It’s customisation at its most rudimentary, and we love it.