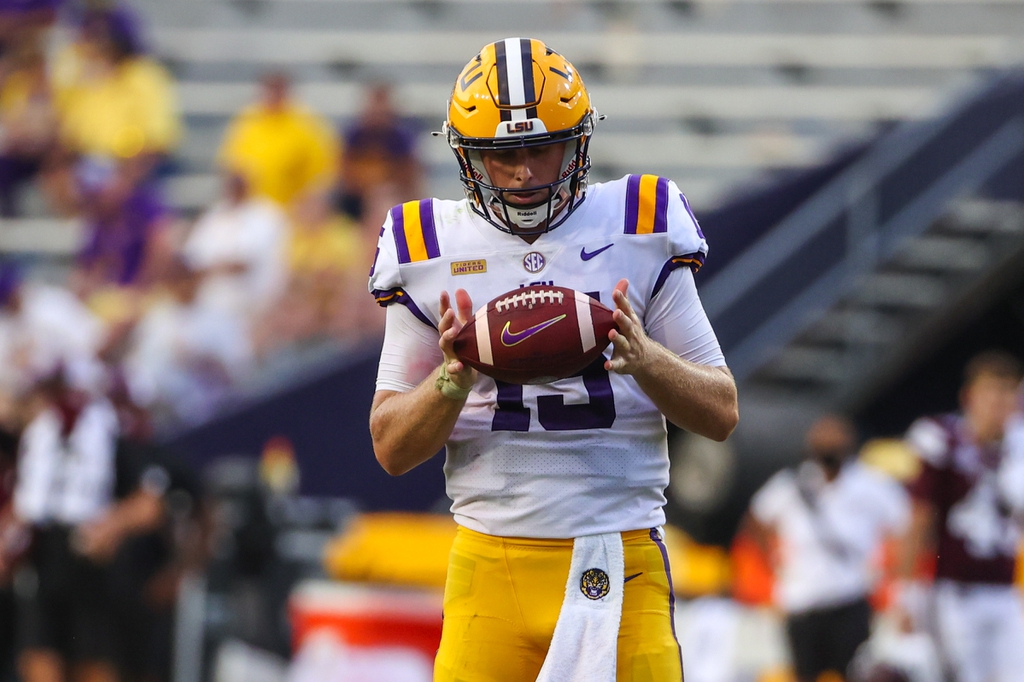 The critiques on Myles Brennan and his first performance as a starter for LSU were varied. While the Tigers’ quarterback looked uncomfortable at times in the pocket and missed a few receivers down field, coach Ed Orgeron saw many positives in the performance as well.

Brennan threw for 345 yards, three touchdowns and two interceptions in the loss to the Bulldogs. On the surface those numbers aren’t bad but what the program and it’s fans have come to expect from the quarterback position has changed drastically in the last year.

When meeting with SEC media reporters on Wednesday, Orgeron said that Brennan flashed his immense potential against the Bulldogs and now it’s about getting that consistency on the right track.

“Myles made some big plays, he made some big throws down the field, scored 27 on offense,” Orgeron said. “But there are some things he can get better at. We’re just used to seeing elite at that position and we want him to become elite. He’s working towards that.”

Brennan has handled himself well in the week of practice since the program’s first loss in nearly two years. Center Liam Shanahan told reporters on Tuesday that Brennan came into Monday’s weight lifting session locked in and feels he’s ready to take that next step.

“We got our lift in on Monday morning and I could tell he’s ready to kind of bounce back,” Shanahan said. “We’re gonna do everything we can to protect him so he can have an easier job.”

Orgeron said in the two practices since the loss, Brennan has made strides in the areas he needs to work on.

A week two matchup with Vanderbilt is the perfect matchup to gain confidence and start improving as the Tigers‘ unquestioned No. 1 starting quarterback.

“I think he’s motivated to do better, like all of us are. We have a 24 hour rule but it’s gonna linger with you until you win a game,” Orgeron said. “So everybody’s feeling the same way, we haven’t lost here in a long time but want to get this taste out of our mouth.”