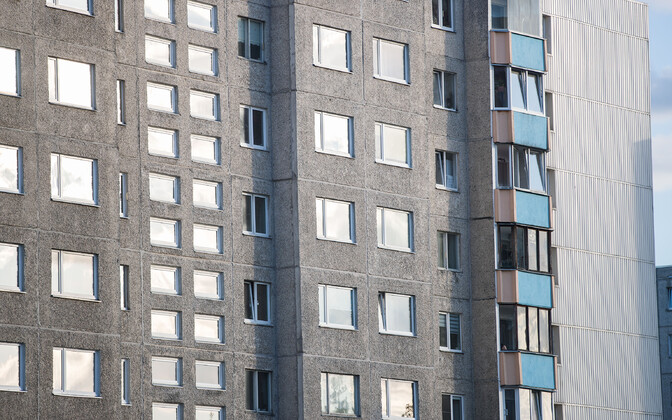 There are still thousands of panel houses (Paneelmajad) – also known internationally as Khrushchyovkas or Khrushchevkas – in Estonia which were built in the Soviet period and many are in need of renovation. Owners are not aware of how dangerous the balconies and fences are. Tallinn supports associations in ordering audits but there are not enough specialists.

Kredex can allocate funding, but often associations do not want to take out a loan.

“The associations are using this group of subsidies quite actively. When last year, there were 35 associations who used it, then by September of this year, the number is already 20,” Võrk said.

Võrk said the city does not have an overview of the results of the audits because the contracts are created between the entrepreneur and the apartment association. There are only a few entrepreneurs that have the competence to make audits and confirm them. An engineer needs to have at least seven years experience.

Kredex’s Head of Communications Joonas Kerge they do not have a separate measure for the reconstruction of the balconies of apartment buildings.

“Kredex subsidies are still aimed at increasing energy efficiency. But what we see with old panel houses, is that together with the complete reconstruction and insulation, these balcony fences are being dealt with. They are really outdated and need renovating,” Kerge said.

He said funding is not always issued because the association is unable to agree.

There have been at least three accidents where balconies have collapsed in Tallinn. The amendment to the law, which came into force in 2018, places the responsibility for the entire association in the event of such an accident.

Urmas Mardi, head of the legal department of the Estonian Association of Apartment Associations, explained: “If there is any damage, it is possible for the injured party to file a claim not against the owner of the apartment, but against the apartment association. This is a new principle by law,”

Panel houses are a kind of prefabricated, low-rise flat block which was erected in the tens of thousands across the USSR from the end of the 1950s onwards and came to be named after the then-Soviet leader Nikita Khrushchev.

Many of these apartment blocks can be found in Tallinn’s Mustamäe, Õismäe, Lasnamäe districts, in Tartu’s Annelinn district and in Ida-Viru County, but they are present across the country.