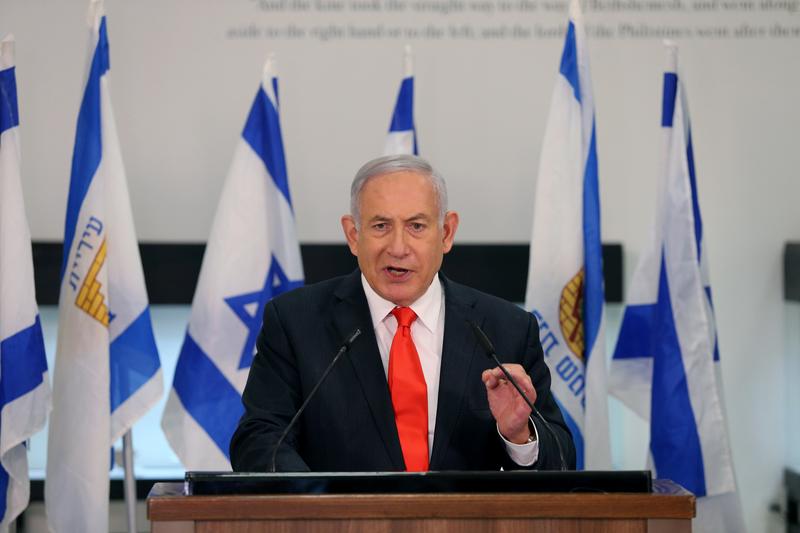 Israelis protest outside Netanyahu’s home after bid to curb demonstrations

JERUSALEM (Reuters) – Crowds protested outside Israeli Prime Minister Benjamin Netanyahu’s home on Saturday demanding he quit over his handling of COVID-19 – many angered by what they said were government attempts to use lockdown measures to stifle demonstrations.

Long lines of cars drove along the main highway to Jerusalem in a protest convoy and groups gathered on bridges and junctions in other cities, also demonstrating about corruption charges against Netanyahu – charges he denies.

The protests came a day after the government tightened COVID-19 lockdown restrictions, though parliament failed to pass one measure to restrict citizens’ protests to within 1 km (0.6 miles) of their homes.

That measure would have effectively halted the weekly demonstrations outside Netanyahu’s residence which have built up over the summer.

“I’m here to stop the destruction of Israel, to stop democracy dying,” said Amit Tirosh, 42, a doctor from central Israel.

“Luckily parliament managed to stop the demonstrations’ halt at the last minute. Everyone should be here. We are at the edge of an abyss.”

Netanyahu has rejected allegations that the tougher lockdown rules were in part intended to quash the protests, which he has often called “anarchist” and “ludicrous”. “We need the lockdown in order to save lives,” he said on Thursday.

There was no official figure for the number of protesters on Saturday but Israel’s N12 News said thousands took part. Police said most of them complied with social distancing and face mask rules.

Netanyahu’s government decided this week to tighten a three-week lockdown imposed on Sept. 18, hoping to keep Israelis at home, shutting down many businesses and limiting group prayers during the ongoing Jewish high-holiday season.

On Saturday, Netanyahu urged Israelis in a video message on Twitter to pray in the open air rather than inside synagogues on Yom Kippur, the upcoming Jewish day of atonement and the holiest day in the Jewish calendar which begins on Sunday.

Only 27% of Israelis trust Netanyahu’s handling of the coronavirus crisis, according to a survey published by the non-partisan Israel Democracy Institute on Wednesday.

Israel imposed its first lockdown in March and then relaxed it in May as new cases tapered off. But infections have since surged, reaching daily highs of more than 7,000 among the population of nine million. The country is in recession with unemployment above 11%.

(This story refiles to fix garble in para 2)