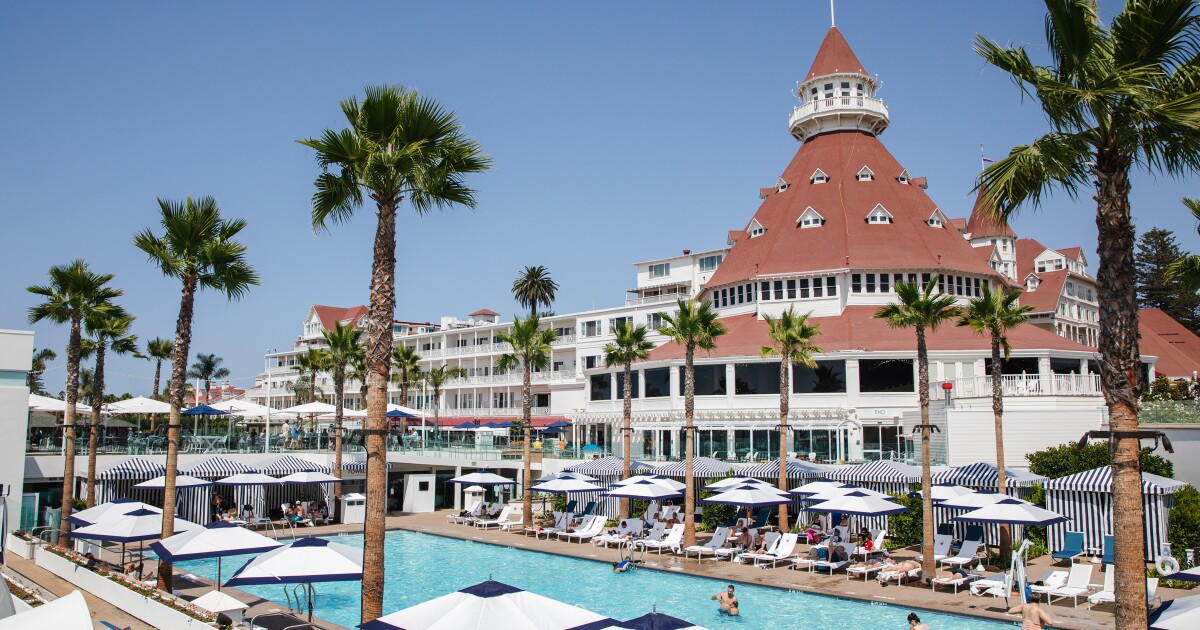 Even as hotels confront the new reality of a pandemic that has stifled tourism, San Diego County’s most iconic property, the Hotel Del Coronado, is not slowing its years-long renovation that is expected to cost $400 million.

The latest phase of the project to make its debut encompasses an expansive rooftop bar and restaurant overlooking the hotel pool and beachfront, an updated pool area, and a complete redo of its 97 cabana guestrooms, some of which directly face the ocean.

The ongoing $400 million renovation, billed as the most costly upgrade since the hotel opened in 1888, got under way in early 2019, and a significant portion of it is expected to be completed by April . While all the resort changes envisioned as part of the hotel’s original master plan upgrade were estimated to cost $200 million, even more improvements have either since been initiated or are planned that increased the investment to $400 million, Rapoza explained. Among those are renovations of the 368-room Victorian building (still in the design stage) and the 214-room ocean tower, which is expected to be finished by Memorial Day.

However, one key part of the redevelopment — 142 new residential-style villas and a new conference center costing $100 million — has been paused for now due to COVID-19, and there is no updated timeline for now, according to the hotel. The plan was to sell the one-, two-, and three-bedroom rooms as condos with limited-use restrictions for the owners, not unlike the resort’s existing Beach Village cottages and villas.

Meanwhile, the resort’s latest completed phase, which is dubbed the “cabanas neighborhood,” is already paying off. The glass-enclosed, 240-seat sun deck, which now serves dinner and a much-expanded menu compared to its earlier incarnation, generated $135,000 in revenue over the last weekend alone and is outpacing business of a year ago when there was no pandemic, said hotel General Manager Harold Rapoza Jr.

“Being outdoors in this pandemic environment really helps us, so it’s definitely exceeding our expectations on the revenue side, even with COVID and 60 percent of our inventory available,” Rapoza said. “And it’s such a centerpiece of the resort. It’s such an upscale, elevated rooftop restaurant and brings that excitement to the resort as we continue to renovate.

“It’s been very popular as people walk by, all the glass and the seating. It’s almost doubling the revenues we did last year.”

Unlike the previous configuration of the pool deck where there was no direct connection between it and the pool below, there are now two sets of stairs for hotel guests, as well as wait staff in order to provide poolside food service. There is also tiered seating, with a second level of day beds that guests can rent for their own personal use throughout the day.

In the pool area itself, there is all new decking, plus nine additional cabanas for private use that include a sofa, refrigerator and flat-screen TV.

Also completed is the renovation of the adjacent, 1970s-era cabanas building where all 97 rooms were completely gutted and remodeled with a California “beachy,” albeit elegant, feel, Rapoza said. The bathrooms all have walk-in showers, and the oceanfront rooms have patios with their own firepits.

As part of the latest phase, the hotel also made some changes to a few of its smaller dining and drinking venues, including a redo of the Babcock & Story Bar, along with a refurbishment of the original 50-foot mahogany bar. It recently opened its Eno grab-and-go market, and opening soon will be Eno Pizzeria, all close to the pool and cabanas area of the resort.

A number of phases of the hotel’s master plan update already have been completed, including a revamp of its outdoor meeting area, now known as Vista Terrace, which has panoramic views of the Pacific; its signature restaurant Serẽa, which replaced 1500 Ocean; and the North Parking Garage, with more than 700 spaces.

Still in the works and expected to be done by April of next year is a new palm tree-lined entryway that will mark a return to its original location where hotel guests in the early years would arrive by train. In another nod to the hotel’s historical roots, the original veranda that ran across the front facade, from the ballroom to the Crown Room, will be recreated as the hotel’s new “front porch.” Also targeted for an April completion is a remodel of the hotel’s lobby.

In addition, three of the property’s historic structures — the Ice House, Laundry Building and Power Plant — are being restored and repurposed.

The Ice House, built in 1889, is being transformed into a museum to showcase all the hotel’s historic images curated over the years and will be completed later this year. The restoration of the Laundry Building is complete, and the hotel is currently weighing possible uses for it, including event space or possibly a brewery, Rapoza said. And the Power Plant restoration, completed a couple of months ago, now has meeting space on the second level and on the first level houses the hotel’s engineering department.