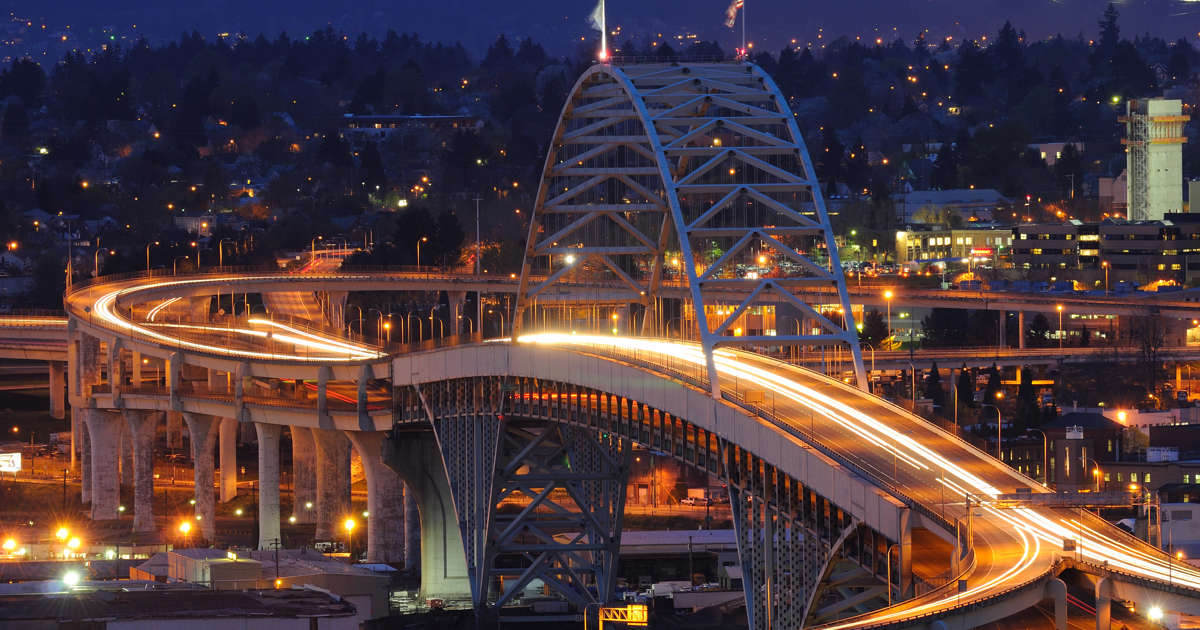 People who revitalize historic buildings are being honored by the preservation organization Restore Oregon for the impact their improvements have made on their communities.

Each of the 11 teams of architects, engineers, designers, contractors, developers, property owners and community leaders selected for the award are being spotlighted in a video released on restoreoregon.org and @restoreoregon.

A virtual event, the DeMuro Awards @Home, will take place on Oct. 22.

Since the program started in 2013, award-winning teams were celebrated at the Restoration Celebration Gala. The fundraising event will be online this year to due to coronavirus pandemic.

Registration is free with a suggested donation of $35. Supporters can receive a DeMuro Experience box, which includes a special item from Made in Oregon ($125). Everyone can bid starting now on silent auction items such as original art and vacation getaways.

“The places Restore Oregon fights to preserve have special meaning right now,” says Moretti. “The historic school down the street, the storefronts, factories, homes, grain elevators carry the ‘DNA’ of Oregonians who rallied through epidemics, wars, depression and persecution, and not only survived, but thrived.”

She adds that every place receiving a DeMuro Award “tells an important story from which we can draw lessons and inspiration.”

The 1938 Sutor-Wood House, resting on four scenic acres off Portland’s Skyline Boulevard, forever cemented the appeal of large windows rising to vaulted ceilings to draw in the natural world.

The monumental, but modest dwelling by Oregon’s most acclaimed and accomplished architect, Pietro Belluschi, helped introduce the hallmarks of Northwest Regional Modernism Style in which warmth is achieved from space, light and locally grown fir, cedar and other wood and stone.

The once-revolutionary home instantly received wide acclaim and media coverage with photographs of transparent exterior walls and an elegant interior with a woven-wood entry ceiling and a curved zebrawood wall.

Seventy-seven years after successfully breaking the boundaries of what a welcoming dwelling looks like, the home was restored and seamlessly updated in 2015 by Pietro Belluschi’s son, architect Anthony Belluschi.

“The Sutor House is among my father’s very best residential works and it has been my honor and privilege to work on it and update it,” says Anthony Belluschi. “There has always been a great love for and interest in this house and it should live on for many decades to come.”

Gerke, who planned Portland’s International Rose Test Garden, achieved her goal here to harmonize the gardens with the house and its setting.

The original owner, Jennings Sutor, protected the masterpiece after he died by stating in his will that it had to be purchased by someone “who will appreciate the architectural beauty of the house and surrounding grounds.”

Today, owners Aric Wood and Erin Graham, who commissioned the years-long restoration project, refer to themselves as “the fortunate current stewards of the Sutor house.” They add that they are continually inspired by the way Pietro Belluschi’s design encompasses nature in all seasons.

The 230 Ash mix-use project in Southwest Portland with retail on the ground level and 133 contemporary-style apartments above rose in 2019 where there was once a surface parking lot.

Restore Oregon sees this as an exemplar of compatible infill design. Cast-iron buildings and river views are visible from the rooftop lounge overlooking the Skidmore/Old Town Historic District, a National Landmark Historic District.

“Its sensitive design complements the historic context and brings needed vitality to neighboring businesses,” according to Restore Oregon.

The giant mezzanine and other open spaces were part of the Custom Stamping factory complex for decades after opening in the 1930s.

A shoe baron’s Victorian-era house was saved from the wrecking ball by a devoted team of preservationists who Restore Oregon says literally moved heaven and earth.

The rare Italianate townhouse was “cut in half vertically, like slicing a tall wedding cake,” describes Jack Ouska of the design-build firm Arciform.

The two haves were then slowly hauled by OXBO Mega Transport through downtown Portland streets three years ago.

The historic structure, called the Fried-Durkheimer House but also known as the first Morris Marks residence, was put back together on triangular lot that grants 360-degree visibility to people traversing Southwest Broadway Drive as it wraps around to meet Southwest Grant Street.

Owners Rick Michaelson and Karen Karlsson, and Richard De Wolf and his team at Arciform, oversaw the restoration and infrastructure improvements of the 138-year-old, balloon-framed house along with its conversion into a commercial space.

“It took an act of City Council, numerous agencies and a team of talented craftspeople to move and restore this gem top-to-bottom on its proud new site,” says Restore Oregon.

The house was placed on the National Register of Historic Places because of its significance and its intact exterior, interior floor plan, millwork, marble fireplace and architectural features.

“In the original site, we were only able to see the front of the house,” which was boxed in by taller structures, says Karlsson. “Now it shines from every direction.” Read more

The front of Portland’s first commercial brick structure, the 1857 Hallock-McMillen Building, has been restored precisely to its original design, down to fire shutters and adornments.

Missing cast iron features originally designed by architect Absalom Hallock for the building commissioned by the Phoenix Iron Works of San Francisco were replaced with identical pieces carved in wood and then recast in iron.

Concealed in the fac 1/4 u0327ade of the two-story structure at 237 S.W. Naito Parkway is a massive reinforced concrete moment frame that meets stringent current seismic codes, according to Restore Oregon.

Over the decades, the Hallock-McMillen Building was used as a candy factory, leather-goods company and Peter Corvallis Productions event management.

The landmark of the Skidmore/Old Town Historic District was purchased by Portland developer John Russell, who has helped build or remodel some of the city’s biggest downtown buildings.

The Alco Apartments, later renamed the Vivian Apartments, sprang up in 1912 along streetcar lines at the northern end of Portland’s eastside commercial core.

The building was designed by MacNaughton & Raymond and recognized for its quality construction and appearance, including decorative cornice and masonry, and its handsome entrance and lobby.

Despite intense development pressure to demolish and replace the rundown building, Green Light Development and others believed the building’s historic character held great value to the Portland community, according to Restore Oregon.

The building, reimagined as the KEX Hotel, a social hotel, hostel, event space, rooftop bar and restaurant, was added to the National Register of Historic Places in 2017.

LEVER Architecture explains that wood salvaged from an overbuilt mezzanine was used to create a new timber-and-glass entrance structure that connects the two historic buildings.

A modernization project to the 1923 Grant High School campus removed problematic and aging additions and restored the historic architecture.

A compatible three-story addition and a reconfiguration of interior spaces now support modern education and better connect the grounds to the adjacent community park, according to Restore Oregon.

50 Plaza Square in St. Helens Downtown Historic District is the result of a 1928 commercial building on a corner of Strand Street being restored after years of inauthentic renovations.

The 1960s’ aluminum storefront and box awning exterior and interior dropped ceiling were removed to expose the original brick, and period-era fixtures and furnishings now fill the building, which began as a title company office and is now a real estate office.

In the 1998 Disney Channel classic, “HalloweenTown,” the once-charming building appeared as Wolfie’s Beauty Salon with a giant hairdryer mounted over the front windows.

Obsolete agricultural buildings are among the most difficult to repurpose and can result in the loss of farming heritage, according to Restore Oregon.

The Madsen Grain Elevator, a Willamette Valley icon that was unused, shut down and deteriorating in the center of Carlton, was saved by converting it into Flaneur Wines’ tasting and hospitality destination.

Ring-shaped chandeliers were made from grain machinery gears. Watch the video

After suffering a prolonged decline, the most prominent building along Redmond’s Main Street has come back to life as the SCP Redmond boutique hotel with dining, co-working and community meeting spaces.

The project included careful rehab of the Georgian facade, addition of a rooftop lounge and restoration of its dramatic lobby, according to Restore Oregon.