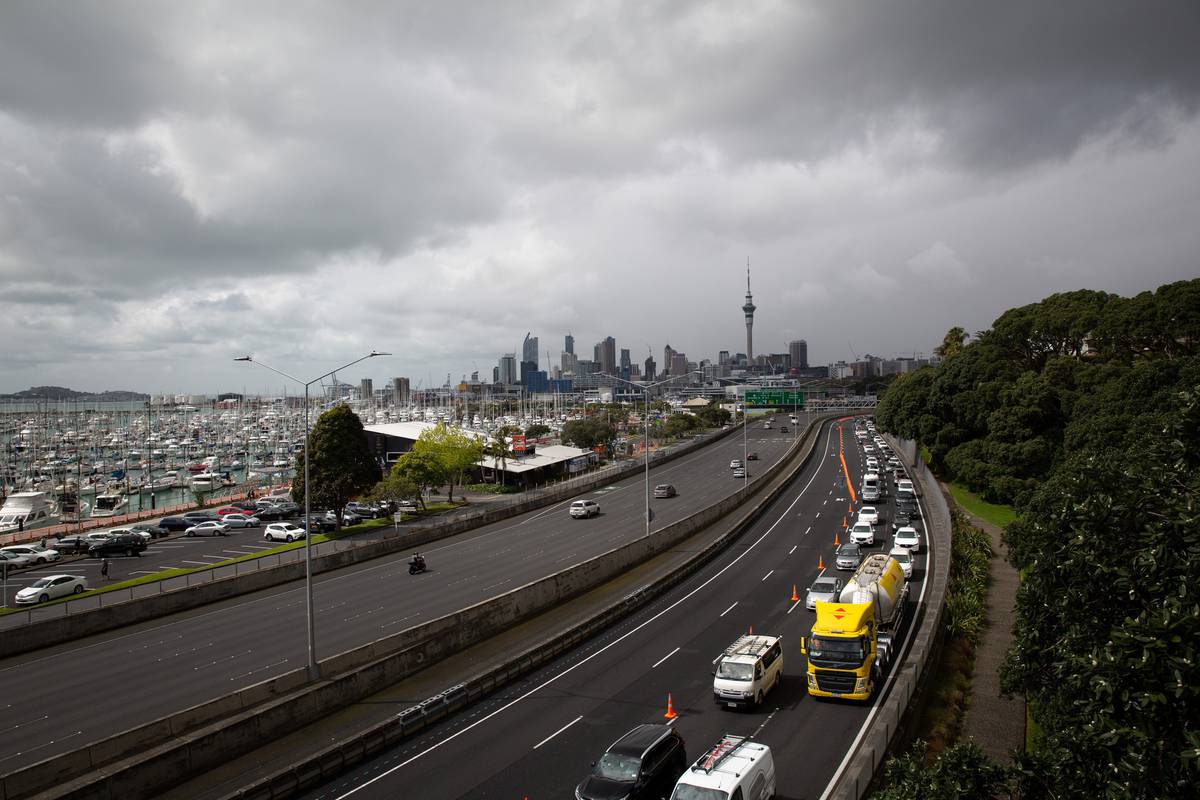 ‘Heartbreaking’: Another blow for small Auckland CBD businesses as bridge repairs see many work from home

Struggling businesses in Auckland’s quiet city centre have been dealt another blow as urgent repairs on the harbour bridge see many workers skip their commute.

Commuters have been warned of lengthy delays this morning as urgent repairs continue on the battered Auckland Harbour Bridge cause mayhem.

Waka Kotahi/NZ Transport Agency has urged people to work from home if possible or use public transport if they have to travel into the city, after high winds toppled a truck on Friday afternoon.

The resulting damage to a 22.7m steel strut closed several bridge lanes to assess the damage, causing gridlock and huge tailbacks across parts of the city.

And for Covid-hit businesses in the CBD, it’s the latest event in an extraordinarily tough year, Heart of the City’s Viv Beck says.

“It started with the Sky City fire this time last year, there’s been the impact of large, long-scale construction with the CRL, the perfect storm of Covid-19 and now this major impact of accessibility into the city.

“The environment in general is really challenging: every day in level 2.5, we’ve calculated a loss of $1 million a day in spending compared to last year and the wage subsidy has come to an end.”

Video will play in

Four lanes remain will likely remain closed across the Auckland Harbour Bridge for several weeks, with only half of its normal traffic capacity able to travel across it until repairs are completed.

Motorists driving into the city are instead advised to take the Western Ring Route, but this route will be especially busy, with “heavy delays and congestion expected on both sides of the bride, as well as other state highways and local roads,”senior journey manager Neil Walker says.

Those taking public transport aren’t likely to fare any better, with North Shore buses likely to run late as they join snaking queues slowed to a crawl across the bridge, AT warns.

But Beck says it is the new lifestyle of many, previously city-dwelling staff now working from their home office that has significantly hit city businesses.

“Not having those 130,000 plus workers coming in every day like before, after the loss of tourists and international students coming into the city [has hit hard].

“It’s very heartbreaking for many businesses, that there’s just another thing to keep people away.”

Despite Treasury’s latest measure of card spend and traffic volumes across Auckland suggesting activity had rebounded to a strength last seen at alert level 1, Beck says that’s not what she’s hearing.

“Last time we were at level 1 domestic spending rose again, but there was still a gap of 20 per cent, representing international spending. So that’s gone for the foreseeable future.

“The city centre is dealing with extreme impacts of things businesses couldn’t possibly plan for – you’ve got some businesses hit by everything: construction, loss of tourism, loss of international students, the combination of it all together is making it so severe.”

The Government will today announce whether Auckland, and the rest of New Zealand, will drop down alert levels.

Relaxing the current restrictions would allow for hospitality businesses to serve more customers at once, Beck said.

“Getting people back in the city is what we need right now, as well as safely relaxing restrictions.”