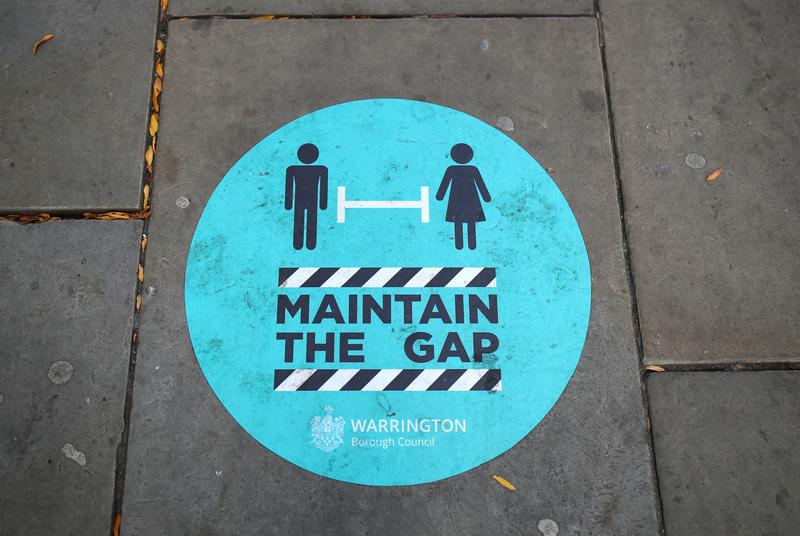 After government scientists cautioned that deaths may soar without urgent action, Johnson stopped short of another full lockdown as he did in March but said further action could be taken if the disease was not suppressed.

“We will only be able to avoid it if our new measures work and our behaviour changes.”

He said Britain had reached a similarly perilous point as countries like Spain and France.

“We will spare no effort in developing vaccines, treatments and new forms of mass testing but unless we palpably make progress, we should assume that the restrictions I have announced will remain in place for perhaps six months.”

Just weeks after urging people to start returning to workplaces, Johnson advised office workers to stay at home if they could. He ordered all pubs, bars, restaurants and other hospitality sites to close at 10 p.m. from Thursday with only table service allowed.

“I am sorry this will hurt many businesses just getting back on their feet,” he said.

SCHOOLS AND UNIVERSITIES TO STAY OPEN

Face masks will be required in more settings, businesses who break rules will be fined, and there will be tougher enforcement against people who do not comply, he said, while the military could be brought in to help free up the police.

However, schools and universities will stay open.

Johnson was to address the nation at 1900 GMT.

The extra measures come after government advisers said new cases could reach 50,000 per day by mid-October.

The United Kingdom already has the biggest official COVID-19 death toll in Europe – 41,788 – while it is borrowing record amounts to pump emergency money through the damaged economy.

Bank of England Governor Andrew Bailey warned that the “very unfortunate” escalation of COVID-19 cases threatened the economic outlook and said the central bank was looking hard at how it could support the economy further.

Pub operator JD Wetherspoon said it could cut 400-450 jobs at sites at six airports, including London’s Heathrow and Gatwick, because of the large drop in passengers.

Opposition leader Keir Starmer urged the government not to end a furlough scheme at the end of October, accusing it of losing control of the coronavirus crisis.

“We will not listen to those who say let the virus rip, nor to those who urge a permanent lockdown,” Johnson said.

“We are taking decisive and appropriate steps to balance saving lives and protecting jobs and livelihoods.”