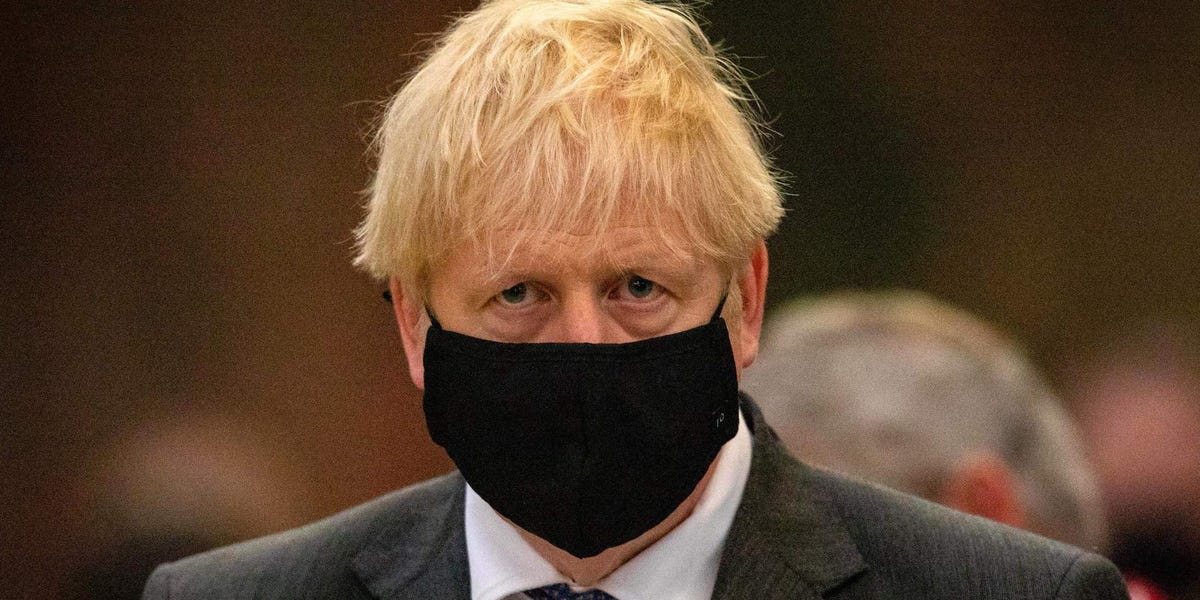 Boris Johnson has urged people to work from home in order to halt a spike in coronavirus infections as he announced a series of new restrictions which he said could last for at least six more months.

The UK prime minister told the House of Commons on Tuesday that the government has scrapped its push for more people in England to return to their workplaces.

“We are asking office workers who can work from home to do so,” Johnson told members of Parliament.

The Prime Minister announced that in England:

He added that “unless we make significant progress, these restrictions will be in place for siz. months.”

A spokesman for Johnson said the measures were designed to “minimise the impact on the economy” while “ensuring that children are kept in schools and students can continue with their higher education.”

The guidance represents a dramatic shift in government policy.

The UK prime minister in July said “I do want people to start to go back to work now if you can” and a month later Rishi Sunak, the chancellor, urged people in London to “do our bit” and return to offices to help the economy.

A Telegraph newspaper front page briefed by government sources last month warned Brits to “go back to work or risk losing your job.”

However, Michael Gove, the Chancellor of the Duchy of Lancaster, on Tuesday said that the government was now encouraging people to work from home where possible.

Gove told Sky News: “There is going to be a shift in emphasis and one of the things we are going to emphasise is that if it is possible for people to work from home, then we’d encourage them to do so.”

He said: “Now, it’s important to stress that there are many, many, many roles which can’t be performed from home.

“There are people in manufacturing, in construction, in retail, and other roles where we recognise that is simply impossible and that’s why we have worked to make sure you can have Covid-secure workplaces.

The U-turn was among a series of measures announced by Johnson when he addressed members of Parliament about the government’s response to the recent resurgence of the virus on Tuesday lunch time.

He has been under pressure to tighten social distancing rules with the number of new infections growing exponentially and his scientific advisers yesterday warning that it could reach 50,000 new cases a day by mid-October. There were 4,368 new cases of virus on Monday.

Johnson’s government announced on Monday evening that from Thursday there would be a 10pm curfew on pubs, bars, restaurants, and other hospitality settings across as England as part of initial efforts to abate the spread of the coronavirus. Hospitality businesses will also be required by law to stick to table service.

However, the UK government’s new measures do not go as as far as those introduced In Northern Ireland, where First Minister Arlene Foster has announced a ban on different households mixing indoors. Scottish First Minister Nicola Sturgeon is expected to go further than the Westminster government when she announces new measures on Tuesday.

The Times of London newspaper reports that Johnson was tempted to announce harsher measures but took the side of Chancellor Sunak who was concerned that locking down the hospitality sector would have dire economic consequences. The same report says that scientists on SAGE, the group advising the government, wanted the UK prime minister to take stronger action.