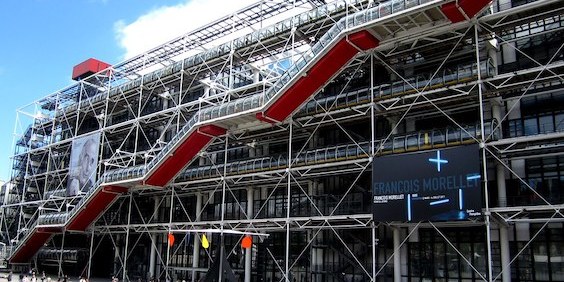 Paris’s Centre Pompidou could fully close for three years, beginning in 2023, or close partially for seven years, in order for necessary repairs to be made to the iconic 1970s building, The Art Newspaper reports. The schedule of the projected $235 million maintenance work is currently under consideration by the French government.

The repairs are a long time coming. Though an overhaul of the building’s external glass-enclosed escalators was begun in 2019 with expected completion in 2021, with further plans afoot for a new, expanded entrance, Centre Pompidou’s president, Serge Lasvignes, told French daily Le Figaro that no major work had been done on the structure since it opened in 1977.

Other factors besides cost will play a part in the decision regarding the renovations. A three-year closure would likely see the museum programming shows in other locations; a seven-year partial closure would mean that some exhibitions could take place within the building, but, Lasvignes said, “this poses additional problems, including that of asbestos removal.”

According to Lasvignes, the museum, which reopened in reduced capacity in mid-July, has so far lost an estimated $23.5 million this year owing to the continuing Covid-19 crisis. “We managed to save [$9.4 million] largely by postponing projects,” he told Le Figaro. “We haven’t canceled anything. We have rescheduled our pre-crisis program.” The institution received an additional and unexpected $14 million boost from the government, which Lasvignes described as a “happy surprise.”

Deliberations over the closure plan are expected to take months. In the meantime, plans are also underway to move a large portion of the Musée National d’art Moderne’s holdings, totaling some 120,000 objects, from the storerooms of the Pompidou to its new satellite venue in southern Paris. The move is expected to take place in late 2025.