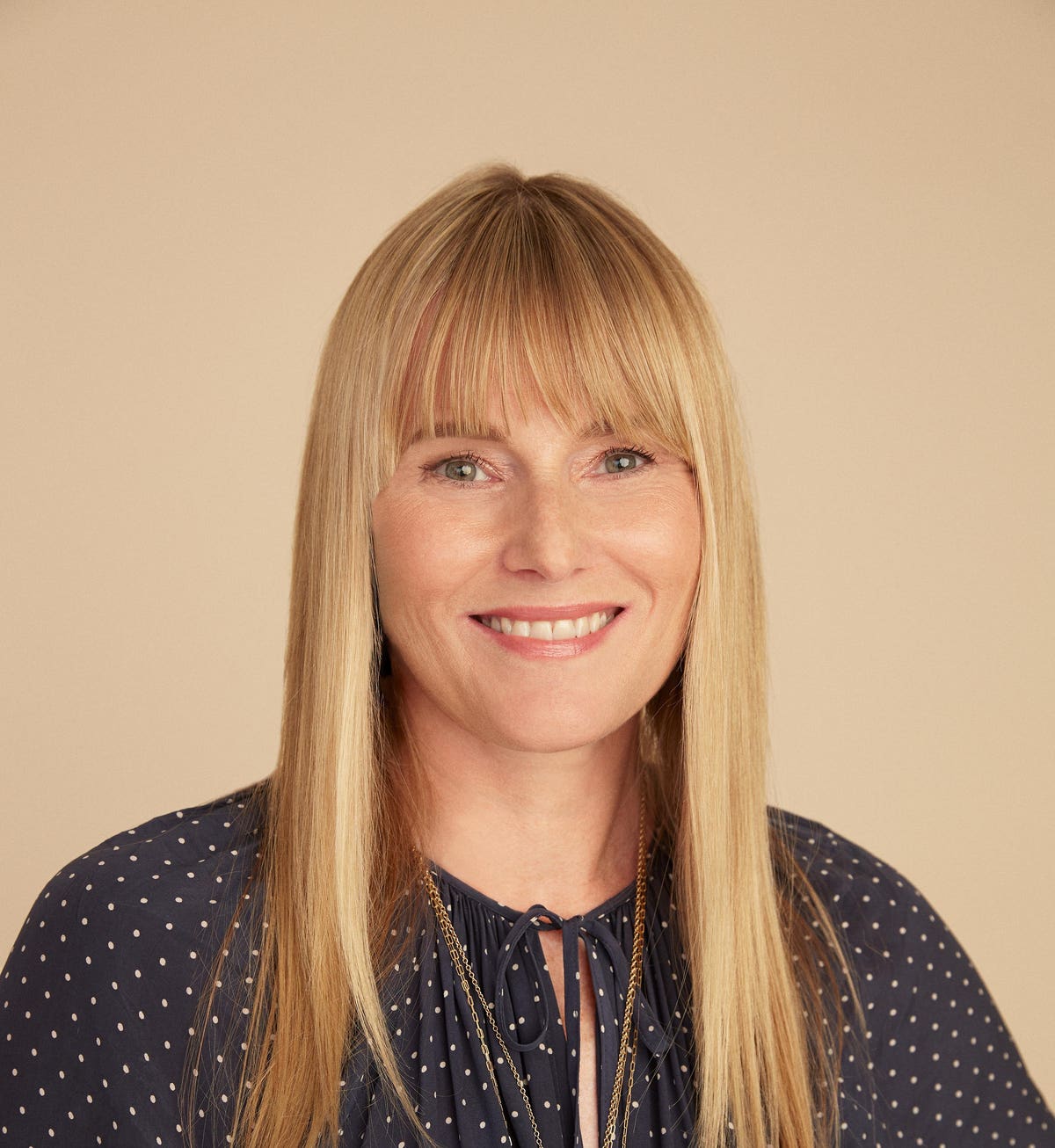 When publishing giant Condé Nast closed its storied One World Trade Center headquarters on March 11, Amy Astley assumed she’d be back in her 26th-floor office within a matter of weeks. Having served as Architectural Digest’s editor-in-chief since 2016 and the founding editor of Teen Vogue for a decade before that, she had never been away from her post for long, and the prospect of leaving, her return date unknown, felt wholly unnatural. Nonetheless, the health and safety of her team was top priority, so she collected her things, instructed others to do the same, and headed home with a plan to run the magazine’s operations remotely. Six months later, Astley is still at home—albeit her summer cottage on Long Island’s North Fork—but since leaving her office in March, she’s closed five issues, set multiple records for single-day subscriptions and monthly social media engagement, and overseen the highest web traffic to date.

As the editor-in-chief of a magazine known for its focus on aesthetics, Astley knew that AD’s coverage of the pandemic would not include rising death tolls or analysis of the congressional stimulus efforts but would instead stick to what it knew best: the home and design. It was clear to her from the get-go that stay-at-home orders would profoundly impact Americans’ understanding of and attitude towards the home, and she knew the outlet would need to adjust its own approach in order to reflect this shift. “As soon as the pandemic hit, we realized that the idea of ‘shelter’ had taken on a whole new meaning—and that it was our responsibility to deliver on what a world isolating at home really needed,” she says. “People had never spent this much time in their house or apartment, or relied on their home to function as an office, school, gym, spa, theater…and refuge!”

Astley took notice as interest in home improvement began to spike and as the uncertainty around the pandemic and fear of future pandemics gave the home a newfound importance in people’s lives. “We took all of this into account in our content, especially online where we could pivot quickly and address the latest news in real time,” she explains. “AD’s Covid content was a big traffic driver for us, and we tailored it specifically for each of our platforms, from Clever to PRO to AD.com.” The editor and her staff concentrated on in-depth, investigative stories about the ways design was making a difference through social change and on answering newly relevant questions, like how the pandemic would alter the built environment. For the design-industry members of AD PRO, the magazine provided solutions to real-world problems, including how to pay rent on your studio when business is dwindling, and on Clever, they offered advice on working-from-home and tips on how to renovate with new Covid-era needs in mind. The site also rolled out “AD Visits,” a weekly social-video series that follows notable personalities as they take us through their private spaces, and with upwards of 400,000 viewers per episode, it immediately contributed to an increase in digital traffic.

In the last six months, Astley has seen many longstanding trends disappear in the face of more practical and flexible design, and she thinks that these changes are here to stay. “The enormous lift in sales at stores like Lowe’s, Home Depot, and Best Buy prove that people are investing in home improvement, and they’re looking for affordable upgrades that may not involve bringing an outside contractor into your home bubble,” the editor says.

The other obvious trend she’s witnessed is the demand for dedicated work-from-home, school-from-home, and gym-from-home spaces and the subsequent desire for bigger, more adaptable homes. “This might not be a city apartment, as we have seen in the real estate boom outside crowded, expensive urban centers,” Astley notes. “And then, of course, there’s the desire—and in fact need—for outdoor space. Being outdoors remains the safest way to socialize, so there’s a renewed appreciation for a garden, a tiny terrace, a deck, a pool, any private patch of green!”

Astley believes these pandemic-fueled trends will be here for years to come because people understand that the measures and investments that come with them may not be temporary. “We could have periods of lockdown going forward, and even if we don’t, many have realized that it may not be necessary to commute to an office every single day or that their kids may have a hybrid education,” she explains. “This mood of prioritizing the home will reverberate for years, and the pandemic won’t soon be solved or forgotten. These attitudes will endure.”

Although the weight of the September issue in the Condé Nast universe cannot be understated, it’s AD’s October “Future of Design” issue that carries a newfound significance during this uncertain time. The last six months have bestowed Astley and her team with a redefined understanding of the home, one that she believes will thrive well into the future, but this period has also shone a light on the need for new voices and inclusivity within the industry.

The editor saw the “Future of Design” issue, which features ballerina Misty Copeland on the cover, as the perfect opportunity to bid the old guard adieu and usher in a whole new approach to architecture and design. “Since I started at AD four years ago, we have really strived to diversify the brand’s content and staff, but recent events were an awakening and illustrated how much more work we (and most media brands) can and must do,” Astley says. “[This issue] is about new talent, diverse talent, and fresh young voices to meet the needs and tastes of modern people. It’s not about old-fashioned thinking. I truly believe this is the moment for new voices and new perspectives.”

But in addition to the shift in content and the need for inclusivity that the last six months have prompted, the pandemic has also brought a new cloud of uncertainty to an already-struggling magazine industry. The push towards digital has been present at every publication around the world for over a decade now, but the ever-changing nature of the Covid-19 crisis and the limitations it’s had on elements of the business, like photoshoots, in-person interviews, printing, and even shipping, have brought a whole new reckoning to print magazines. With an early focus on digital and a vast catalogue of photography and content, though, Astley found that AD was in fact well prepared for the restraints of the pandemic. “AD plans ahead! We literally shoot houses for the magazine up to a year in advance, so we had a ton of inventory and didn’t have any worries about a lack of art,” the editor explains. “Covid hit right as we were closing our May issue, featuring Drake on the cover, and the majority of our June, July/August, and September issues had all been photographed already.”

Even without the need for Zoom photoshoots and out-of-the-box illustrations that other publications faced, however, Astley knows that the pandemic has vastly affected the journalism trade. “There is such an appetite for good storytelling and so many exciting platforms to tell your story on,” she says. “I feel very optimistic for our brand, and there are so many fresh ways to engage with the audience.” Astley thinks that moving forward, the onus will be on writers and editors to pivot, adapt, and meet their audience where they want to be. “That’s how the consumer behaves—they keep changing!” she notes. “They don’t stay the same, nor should our industry. Being stagnant and rigid is the kiss of death as journalism becomes audience-driven rather than advertiser-driven.”

This year, coincidentally the 100th anniversary of AD, has spurred a series of new challenges for Astley and for her magazine, but as others have fallen victim to the effects of the pandemic, the editor has capitalized on these transitions and emerged stronger than ever. “I’ve been pleasantly surprised by how productive my team and I have been, even though we miss seeing each other,” she says. With its five issues closed during this time, AD has set several records, including a 93 percent increase year-over-year in digital engagement a 76 percent increase in online traffic from the start of April to the start of September. “It’s a source of great pride,” Astley says. “And we will carry on!”