Enjoy more articles by logging in or creating a free account. No credit card required. 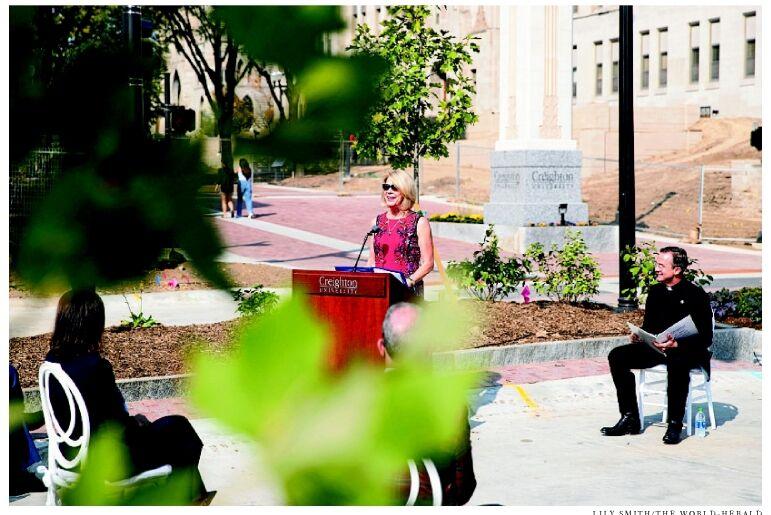 Omaha Mayor Jean Stothert speaks at the 24th Street dedication and ribbon-cutting on the Creighton University campus on Thursday. The City of Omaha contributed $3.9 million to the street project, and Creighton covered the rest. 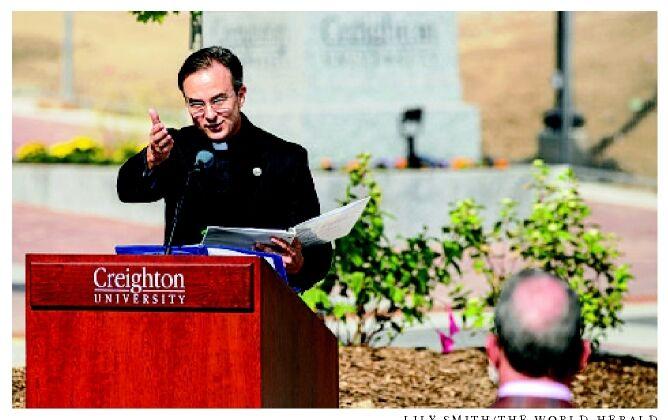 The Rev. Daniel Hendrickson, Creighton’s president, speaks at the 24th Street ceremony. The street is now two lanes instead of four, and a median separates traffic.

CORRIDOR THROUGH CREIGHTON CAMPUS IS REDESIGNED TO PRIORITIZE PEDESTRIAN SAFETY

Creighton University celebrated improvements Thursday to 24th Street, which runs through the heart of the university.

The City of Omaha contributed $3.9 million and Creighton $2.9 million, the university said.

The project is designed to slow traffic, making it safer for students and other pedestrians. The street has become two lanes instead of four, and a median separates traffic. Creighton said it also wanted to beautify the corridor with plants and trees and improve access to and from North Omaha.

Improvements also will give 24th Street more of a gateway feeling to Creighton.

Among those attending the ceremony were Omaha Mayor Jean Stothert; the Rev. Daniel Hendrickson, president of Creighton; and LaVonya Goodwin, president of the board of the North 24th Street Business Improvement District. The improvement zone covers about five blocks, from Cass to Cuming Streets.

The project also features bicycle lanes, bus shelters and a traffic roundabout to further slow traffic near 24th and Cass Streets. The roundabout will be named Haddix Circle, to honor George and Susan Haddix, who have contributed to this and other Creighton projects.